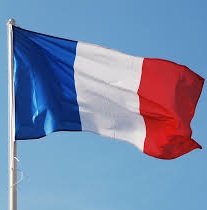 J.P. Morgan Asset Management, a subsidiary of JPMorgan Chase & Co, has elevated longtime JP employee Pietro Grassano to the new role of Country Head for France, following his role as Head of Italy.

JPMorgan Chase and its subsidiaries have been active this month with a number of hires across the board, including Andrew Ferry as the new FX Compliance Head and Winfried Bischoff as Chairman of JPMorgan Securities Plc in Europe.

In his new role as the Country Head for France, Mr. Grassano will be based in Paris and will focus on wholesale and retail operations.

Prior to his new appointment, Mr. Grassano was the Country Head for Italy, focusing primarily on fund sales. He joined J.P. Morgan Asset Management back in 2002, and also held such positions with the group as Senior Sales Manager and Executive Director, having previously worked at BNP Paribas Asset Management.