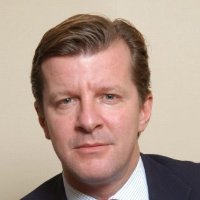 Investec deals with a multitude of asset classes including FX, equities, futures and derivatives, among others. Its latest initiative has been the installment of a new DCM head, which has been a common trend in a variety of other firms.

Mr. von Hartig joins Investec from Standard Bank, having worked as its global DCM head since 2005, based out of London. In addition, he has also held senior level roles at JPMorgan Chase since 1999 having also specialized in DCM. It is presently unknown who Standard Bank will choose to replace von Hartig.