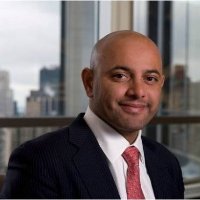 Peter Barsoom, acting President of the Intercontinental Exchange Inc’s (ICE) Swap Trading service revealed that he would be parting ways with the group at the end of August.

The ICE is globally connected network of exchanges and clearing houses for both financial and commodity markets that deals with assets, including forex, OTC instruments, futures, swaps, and commodities, among others. Mr. Barsoom has been a part of the ICE since 2010, where he joined as the CEO of ICE.

As recently as January 2014, Mr. Barsoom was appointed as President of the ICE Swap Trade LLC, the group’s swap trading execution entity. Prior to the ICE, he has also held such roles as Deputy CEO at Blue Mountain Capital Management, Executive Director at Morgan Stanley, and Vice President at American Express. It is still unknown where Mr. Barsoom will land for his next venture.