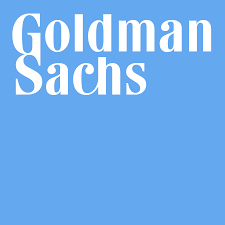 Goldman Sachs has a void in its investment banking division, following the recent departure of longtime co-Chairman Gordon Dyal, who announced his retirement from the bank, according to a Reuters report.

Nearly one month ago, Goldman Sachs promoted two of its regional heads to its global mergers and acquisitions (M&A) business, naming Michael Carr and Gregg Lemkau as its newest global M&A co-Heads.

Mr. Dyal’s retirement and consequent departure from Goldman Sachs snaps a sixteen-year tenure with the lender, who has been in his present role as co-chairman of the investment banking division since 2011.

Prior to assuming that position in 2011, Mr. Dyal worked as the bank’s global head of mergers and acquisitions (M&A), dating back to 1999. Presently, Goldman Sachs has not named a replacement yet nor announced any immediate succession plans.

According to a recent memo by Goldman’s Chief Executive Lloyd Blankfein and Chief Operating Officer Gary Cohn, “During his career, Gordon has played a critical role in building our Investment Banking franchise, helping to establish the firm’s leadership position across many markets.”