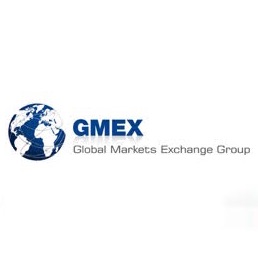 Global Markets Exchange (GMEX) Technologies, part of GMEX Group, has appointed Sandy Broderick as its newest non-executive director to its board, bringing over 25 years of experience in the industry to the role, according to a GMEX statement,

Mr. Broderick most recently worked as the CEO of DTCC Deriv/SERV, garnering over two decades of derivatives experience in both trading and post-trade infrastructure. In his new role as the non-executive director, he will serve as the co-chairman of GMEX with co-chairman Lamon Rutten becoming the chairman of GMEX Technologies and Hirander Misra continuing as executive chairman of GDI.

According to Hirander Misra, CEO of GMEX Group, in a recent statement on the appointment, “Sandy Broderick’s appointment to our Board joining Lamon Rutten is great news as it helps ensure we have added to existing high standards of governance and expertise as the various group businesses continue to grow.”

“In addition, Mark’s position at the helm of the GDI Index Oversight Committee will ensure that GDI’s indices have the potential to become the industry’s most representative benchmarks of fair value and integrity for the interest rate swaps market,” added Misra.

Share this article
Tags: gmex
Got a news tip? Let Us Know