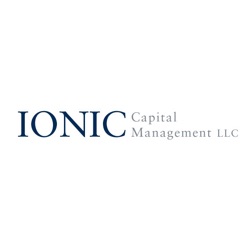 New York-based Ionic Capital Management traces its genesis to a trifecta of ex-Highbridge managers and specialists, Bart Baum and Dan Stone, along with Highbridge Executive Adam Radosti. The group also yields ties to Highbridge following the recruitment of Jason Esralew back in 2011, according to a report from FINalternatives.

Mr. Ivy will be based out of New York, where he will be handling FX and trading capabilities at Ionic Capital Management. Prior to settling into the role he worked at UniCredit for a period of six months since September of 2014.

Mr. Ivy has also garnered experience at a number of other financial institutions in FX and options, including Standard Chartered Bank, Credit Suisse and Deutsche Bank, dating back to 2006.