One of the foreign exchange (FX) industry’s most influential institutional players, Beat Nussbaumer, has joined Forte Securities FX LLP, a provider of execution and prime brokerage services, who brings his skills and expertise to the London-based group, Finance Magnates has learned.

Mr. Nussbaumer has served at a number of different stops, including most recently at Bank of America (BofA) Merrill Lynch back in May 2015. In this capacity he worked at the group for only two months, despite joining in March 2015. 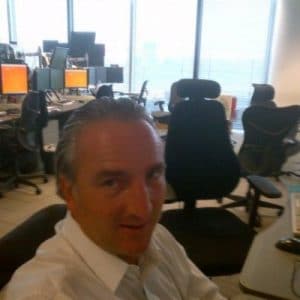 Mr. Nussbaumer has been a veteran in the FX industry for over three decades, having worked at a number of leading banks. He joined Commerzbank AG in 2012, where he worked as its Managing Director and Global Head of FX Spot, during which he worked out of London during the duration of his tenure there.

Additional positions also include executive roles at UniCredit, where he served as the Managing Director, European Head of FX Cash as well as Goldman Sachs, Morgan Stanley and Union Bank of Switzerland (UBS) in other FX and trading related roles, dating back to 1984, according to information made public on his Linkedin profile.

Share this article
Tags: fx / london
Got a news tip? Let Us Know