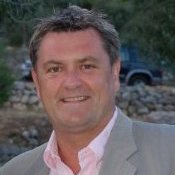 James Watson, the Head of FX Transactions for Europe, the Middle East and Africa (EMEA), has parted ways with Thomson Reuters and FXall and is reportedly en route to another unnamed firm.

Thomson Reuters and its Forex affiliate FXall have been experiencing a resurgence in FX volumes over the past few months, on the heels of lackluster metrics that have engulfed the industry. In addition, Thomson Reuters has also made headlines with its matching rules on Forex spot, following in the footsteps of EBS.

Mr. Watson has been a stable presence at FXall since 2012, where he served as Head of EMEA – furthermore, this past January, he also ascended to the role of Head of FX Transactions for EMEA at Thomson Reuters following the sale of FXall to Thomson Reuters in 2012. In addition, Mr. Watson has held senior level positions at Morgan Stanley (Executive Director) and Société Générale Corporate and Investment Banking (Head of Electronic and Execution Sales).

It is thus far unclear where Mr. Watson’s next destination will be. Forex Magnates reached out to Mr. Watson who was unavailable for comment.