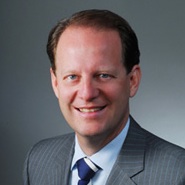 Euronext, a subsidiary of IntercontinentalExchange Group (ICE), has announced the recent appointment of Jos Dijsselhof as its newest Chief Operating Officer (COO), effective July 1, 2014, according to a Euronext statement.

The ICE is one of the largest multi-asset groups in the world, handling everything from Forex to derivatives. With eyes on European markets and operations however, Euronext has selected Jos Dijsselhof as its newest COO, pending regulatory approvals.

From Asia-Pacific To Europe

Mr. Dijsselhof will oversee the new role having built a solid resume in the financial industry that spans over two decades. He worked previously as the General Manager Group Hubs at Australia and New Zealand Bank (ANZ), along with serving as the Head of Group Operations for Asia-Pacific at the Royal Bank of Scotland. In addition to his role as COO for Euronext, Mr. Dijsselhof will also be a member of the Managing Board of Euronext, reporting to Dominique Cerutti, Group CEO – given his focus on European markets, he will be based out of Amsterdam.

According to Dominique Cerutti, CEO of Euronext, in a recent statement on the appointment, “Jos’s appointment completes the new Managing Board of Euronext and we are delighted that he is joining our team at this important time in the company’s development. His impressive track record in operations and technology gives Jos the experience to drive change in our operations and deliver renewed efficiencies.”