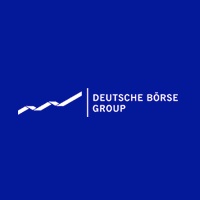 Deutsche Börse has named Carsten Kengeter as its newest Chief Executive, succeeding Reto Francioni who is slated to step down after nearly a decade in the role, effective May 2015 during the group’s Annual General Meeting.

Deutsche Börse has recently made headlines with its partnership with the African Stock Exchange (AFSX). Mr. Kengeter joins Deutsche Börse after a stint at UBS and also having worked in academia at the London School of Economics. He worked at UBS since 2008-2013 focusing on fixed income, currencies and commodities.

Prior to UBS, Mr. Kengeter also was the Managing Director and Partner at Goldman Sachs, where he worked in numerous senior roles during a 12-year tenure with the bank.

According to Mr. Kengeter in a recent statement on the appointment, “I am delighted to lead Deutsche Börse into its next phase of expansion. I am convinced that we will be able to manage the enormous and, to a certain extent, fundamental changes in capital markets and exchange organizations. We will continue to successfully and globally develop Deutsche Börse.”