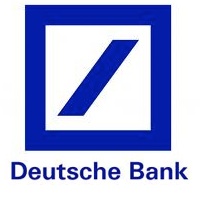 Deutsche Bank AG, one of the largest global banking institutions across Forex and investments, has suffered from a mounting exodus of outgoing personnel in Asia, including four vice presidents and four directors in 2014 alone.

However, the bank has also been quick to act, hiring no less than nine managing directors to its Asian division during the past twelve months. Deutsche Bank has been one of the bellwether names in the Forex industry, named amid several allegations into rate fixings and Forex manipulation dating back to last year. A global panel of regulators is conducting ongoing probes presently, which have led to the suspension and dismissal of traders from many leading banks, including Deutsche Bank itself.

While there is certainly an influx of incoming talent, it is important to note that Deutsche Bank has also parted ways with 26 junior bankers in Hong Kong. According to Alice Leguay, Chief Operating Officer of London-based Emolument Ltd, in a recent statement to Bloomberg regarding the moves, “The departure of junior bankers would greatly impact deal-pitching and deal-making capabilities. More senior bankers are already stretched and are unlikely to be able to pick up the slack at most banks.” It is unclear whether this is part of a broader strategy or simply an act of housecleaning.