Bats Global Markets has announced a new senior hire – Dave Nadig is rejoining the company’s ETF.com division as its Chief Executive Officer, having been an integral part of the group for over seven years, Finance Magnates has learned.

The ETF.com division was acquired by Bats earlier this year, which represented the group’s commitment and strategy surrounding ETFs – currently Bats is the largest ETF market in the United States, with ETF.com providing news and data for the asset. Mr. Nadig rejoins ETF.com, following a stint with the group from 2008 to 2015.

Since leaving ETF.com in 2015, he worked at FactSet Research Systems as its Vice President (VP), Director of ETFs for almost two years. Prior to this role he served as ETF.com’s Chief Investment Officer (CIO), having erected the group’s ETF data and analytics platform. In this capacity he also helped grow and lead its analytics team, which saw the development of methodologies for analyzing and rating ETFs. 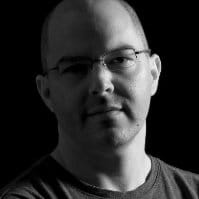 Additional roles also include stints as VP of Strategy at Wave Systems and VP of MetaMarkets.com, according to information made public on his linkedin profile.

Share this article
Tags: Bats / etfs
Got a news tip? Let Us Know