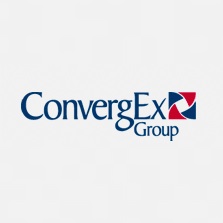 ConvergeEx Group deals with a multitude of asset classes including equities, options, fixed income and Forex, among others. Over the past year, the group has embarked on a number of initiatives with RealTick platform, as well as the launching of Market Data Service through its subsidiary LiquidPoint.

In terms of the new hires, the group has selected Greg Voetsch as its newest Chief Executive Officer of ConvergEx Execution Solutions and Head of Brokerage Services. Prior to his appointment, Mr. Voetsch held the position of Executive Vice President at Knight Capital Group (KCG), dealing with electronic equity and Forex-related operations. Furthermore, he also was the Managing Director and Head of Equity Capital Markets at Janney Montgomery Scott.

Finally, the group has named Oliver Sung as its Head of Electronic Execution in the United States, simultaneously being charged with managing the firm’s Millennium and VortEx alternative trading systems (ATS). Prior to ConvergEx, Mr. Sung held previous roles at Bank of America Merrill Lynch (BAML), as well as Bear Stearns and UBS.

According to Eric Noll, ConvergEx Group President and CEO, in a statement on the appointments, “These new leaders are extremely talented, experienced and excited to help build ConvergEx. Greg, Charlie and Oliver will not only be dynamic managers of their own areas of responsibility, but as members of the ConvergEx Executive Committee, they will be instrumental in developing new ideas and setting the agenda as we continue to innovate and expand our offering for our clients.”