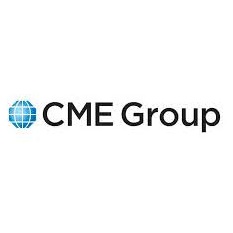 One of the world’s paramount exchange operators, CME Group, has a key void to fill, following the abrupt and surprise departure of its Asian head, Julien Le Noble, who parted ways with the exchange for unknown reasons.

CME Group has steadily extended its reach worldwide and deals with a multitude of financial instruments. On the eve of further expansion in picking up a larger portion of futures trading demand, Mr. Le Noble, the Singapore-based Head of CME, has left the group with a critical vacancy on its hands.

Mr. Le Noble was acting Head of CME in Asia for the past three years, a role he embraced and flourished at, which culminated in an ambitious initiative towards locking up additional futures business. This came to a sudden end this week, as he submitted his resignation without citing his next destination or reason for leaving.

CME Group has recently succumbed to a management reshuffle over the past month. Currently the group has five Asian offices, i.e. Singapore, Tokyo, Hong Kong, Seoul and Beijing.

Share this article
Tags: Asia / futures
Got a news tip? Let Us Know