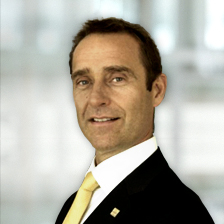 Longtime CEO and executive, Torben Kaaber, has parted ways with Saxo Bank, ending a lengthy tenure of over 16 years – the vacancy was immediately filled in a recent announcement, culminating in the succession of Mateo Cassina.

Saxo Bank has not been particularly active in terms of hires this summer, save for the hire of Alessandro Bressan as the banks’ Global Head of Equity Products. The departure of Mr. Kaaber marks the end of an era spanning over 16 years – indeed, he has been actively involved with Saxo Bank since 1994.

Over the years, he has worked in  roles at Saxo as Senior Manager, Global Head of Institutional, Executive Director, and CEO. Forex Magnates has learned that he is now bound for Kraken Capital, where he will work as a partner.

While Mr. Kaaber’s departure presents a notable void at Saxo Bank, the company was quick to name a replacement, choosing Mateo Cassina, who previously held the position of Executive Vice President of the company since the beginning of this year. He also held the role of Member of the Supervisory Board of the Boerse Berlin AG and was President of Citadel Securities Europe Ltd.