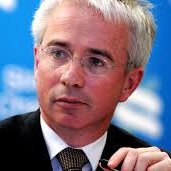 Standard Chartered is one of the largest banking giants worldwide, with a large portion of its business coming in Asia, Africa, and the Middle East, despite being headquartered in the UK. 2014 has not been a very kind year for the bank however, as a forex rigging scandal and historically low volatilities have collectively conspired to handicap profits, which have led to a public outcry by shareholders.

Indeed, brokers and divisions of institutional banks have all been facing lean profits and volumes from forex – while recent months have resulted in a cessation of waning volumes, YoY figures are staunchly in the red across nearly every region. As a result, Mr. Sands has found himself squarely in the crosshairs of investors, leading to speculation that an internal change may take place in a bid to find new management.

However, Standard Chartered’s board appears be throwing its support behind Sands, and according to a recent statement released from the board, “robust and considered succession plans are in place for all of the senior leaders. We will ensure orderly succession takes place at the appropriate times. No succession planning is taking place as a result of recent investor pressure.”

Mr. Sands has been entrenched in his post of Group Chief Executive at Standard Chartered since 2006. Prior to this role, he also was appointed as Group Finance director at the bank back in 2002. For the time being, it appears that Mr. Sands’ seat is safe, given the substantiated backing by the board in light of the recent allegations.

Share this article
Tags: forex
Got a news tip? Let Us Know