The Singapore Exchange (SGX) Board of Directors has revealed that acting CEO Magnus Bocker, has submitted a notification that he is not seeking an extension of his appointment beyond his current contract and will be stepping down on June 30, 2015.

Earlier this month, SGX named Lawrence Wong as its head of China business, following a successful stint as its head of listings – a role he has continued to head in conjunction with his new position.

Mr. Magnus’ decision to relinquish his role as CEO and not seek an additional term for appointment ends a nearly six-year stint as acting CEO of SGX. As a result of the decision, SGX’s board is already beginning an evaluation and search for its next CEO – as of yet a candidate has not been selected. 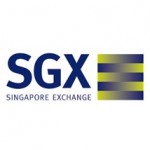 According to Mr. Bocker in a recent statement on the departure, “It has been an honour to lead the extraordinary people at SGX for more than half a decade. I am proud of our accomplishments in expanding SGX both in Singapore and internationally, especially for Asian equity index derivatives. But there is a time and season for everything, and it is now time for me to take on new challenges. I am confident that what we have built at SGX will endure and continue to serve the market well.”

“The Board understands Magnus’ considerations and respects his decision. We appreciate and thank Magnus for his contributions and leadership over an eventful and rapidly changing period, and wish him the best in his future endeavours. We will work towards a smooth leadership transition,” added SGX Chairman, Chew Choon Seng, in an accompanying statement.