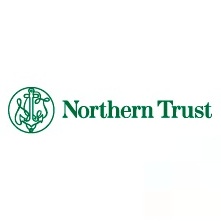 Mr. Jordan has been with Northern Trust Corp since 1992 and has had several successful stints across its operations. Following a recent appointment in both New Zealand and Australia, Mr. Jordan will now be based in Melbourne in his new role and will report to Peter Cherecwich, Head of Global Fund Services and William Mak, the Head of Northern trust in the Asia-Pacific region.

Northern Trust deals with a variety of asset classes including forex, equities, and fixed income, among others – its wealth management business is one of the largest in the APAC region.