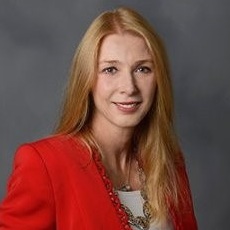 The Australia and New Zealand Banking Group (ANZ) has named Mary MacLeod as its newest Chief Financial Officer for its International and Institutional Banking Division.

ANZ is the third largest banking group in Australia and deals with a variety of asset classes, including Forex, bonds, commercial banking, among others. The banking giant is also one of the few to remain free from the specter of Forex manipulation, following a global probe launched by a panel of regulators late last year.

Mrs. MacLeod is a veteran of the APAC region, having worked with the Industrial and Commercial Bank of China (ICBC) and various executive roles at Deutsche Bank in the Australian, New Zealand and Asian markets.

In her new role at ANZ, Mrs. MacLeod will be reporting to the group’s CFO Shayne Elliott, as well as Andrew Geczy – ANZ’s Chief Executive for International and Institutional Banking. As the CFO, she will be responsible for analyzing and managing the group’s financial metrics and regulatory reporting.

According to Mr. Elliot in a recent statement on the appointment, “Mary’s significant international banking experience coupled with her strong understanding of the regulatory landscape in our key regions will bring additional strength to both our finance and IIB leadership teams.”