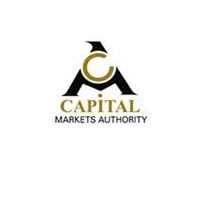 All wars have casualties and Saleh al-Falah, the Chairman of the Capital Markets Authority (CMA), has been relieved of duty following widespread criticism of his unsuccessful crusade at reforming Kuwait’s infamous stock market.

Kuwait boasts a $113 billion stock market valuation, which is dominated by a small oligarchy of wealthy investors. Four years ago, the country appointed Saleh al-Falah to clean up its market, long since accused of illicit trades and questionable corporate disclosures.

However, investors and political officials alike have been unimpressed with Mr. Falah’s tenure, which prompted in his firing ahead of the conclusion of his five-year term – slated to transpire at the onset of September.

The stock market reformation project has been one of Kuwait’s most pressing concerns over recent years, handicapping its development relative to the rest of the Middle East, namely Qatar and the United Arab Emirates (UAE) – both of which have been upgraded to emerging market status this past May.

Replacing Mr. Falah will be former Kuwaiti finance minister Nayef al-Hajraf, who will assume his new role as Chairman of the CMA in September. Like his predessor, Mr. Hajraf will face an uphill battle in an attempt to bridge political and financial interests in the country.