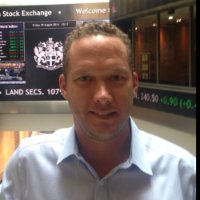 In his new role as e-FX institutional sales manager, Mr. Chapman will be reporting to FxPro chief executive Charalambos Psimolophitis. He will remain in London following a lengthy career in the region, having also garnered experience in Singapore.

Mr. Chapman joins from Boston Technologies, having worked in a senior level role in which he dealt with institutional prime brokerage sales for Europe, Middle East and Africa (EMEA). The transition was well timed, given the recent plights facing Boston Prime.