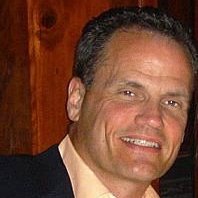 Independent execution and research broker ITG, has appointed acting CEO, Vice Chairman and Treasurer of Banca IMI Securities, T Kelley Millet to its Board of Directors, following a similar role at MarketAxess Holdings.

Mr. Millet will now be grappling with his role at Banca IMI Securities as well as ITG’s new board, a role he should be accustomed to – from 2006-2011, he also was acting President and Board member at MarketAxess Holdings. Before his time at MarketAxess, Mr. Millet also served in a variety of executive management roles at Bear Stearns and JPMorgan.

According to Bob Gasser, ITG Chief Executive Officer and President, in a statement on the appointment, “My colleagues and I are excited to welcome Kelley to ITG’s Board of Directors. His deep industry knowledge, particularly in fixed income, will make him a valuable contributor to ITG’s Board. We look forward to leveraging his expertise.”

“ITG is well known for its innovative, unconflicted approach to partnering with institutional investors. I look forward to working closely with ITG’s management and Board of Directors as the firm builds upon its success in equities and expands into fixed income and other asset classes,” added Mr. Millet in an accompanying statement.