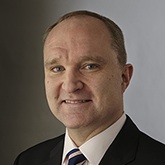 The shakeup at ICAP appears to have taken another turn on Thursday, as John Schoen, the firm’s last remaining co-Head, announced his intent to leave EBS Markets just days after Nichola Hunter’s departure.

As recently as Tuesday, ICAP’s EBS Markets had two functioning co-Heads: John Schoen and Nichola Hunter, both of whom have revealed their plans to part ways with the Forex trading platform. The move comes amid rumors of reshuffling earlier this week, which now appear to be substantiated with the newly created void at EBS.

Mr. Schoen was originally named as Co-Head of EBS Market in March 2013. Prior to the appointment, he held the position of Global Head of EBS Spot Platform and Market Risks, as well as Regional FX Product Manager EMEA for ICAP Electronic Broking.