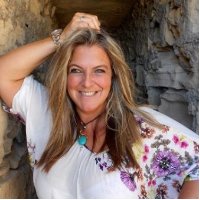 On the heels of a two-month hiatus from the market, ex-CommexFX head of Customer Support Diana Munoz, has landed at Fidelis Capital Markets in a new role as executive director.

Fidelis Capital Markets originally held a New Zealand license. Their shift in focus towards the EU in 2013 culminated in a new license from the Cyprus Securities and Exchange Commission (CySEC) under the name SN Financials. As a result of the widespread popularity of Fidelis in NZ, the entity retains the brand name Fidelis despite being headquarted in Cyprus.

Ms. Munoz brings an extensive knowledge of the FX industry to her new role, along with a hands-on approach to Business Development. She first began her tenure in Cyprus as a Sales Manager at MetaQuotes, followed by other roles at XMarkets.

Prior to joining Fidelis Capital Markets, she worked at CommexFX. In addition, she has also conducted numerous TV interviews both with Dukascopy and Forex Magnates.

According to Ms. Munoz in an exclusive statement to Forex Magnates, “The FX industry is definitely booming in the little sun-kissed island of Cyprus. It is also considered by most financial professionals as being a financial hub. Moreover, traders are also changing their trading strategy…they are selecting fully regulated FX brokers as the security of their funds becomes their main concern.”

“At present, the trend is to attract business from China, who is enjoying the lions share of the IB Asian business…but there are rumors that the top FX brokers are now identifying potential business in Brazil and South America,” added Munoz.