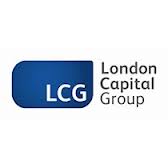 Ex-Citigroup FX Head, Rohan Ramchandani, the first individual fired during a global string of probes for FX manipulation, has just been appointed as Chief Advisor for FX Spot and Risk Management at London Capital Group (LCG).

Citigroup made headlines earlier this year when Mr. Ramchandani was summarily fired for his alleged involvement in manipulating FX rates this past January. He was the former Head of European Spot FX Trading at Citigroup, though the investigation is still under way and he has yet to be charged formally, despite a mountain of suspicion.

According to LCG Chairman, Charles-Henri Sabet, in a recent statement on the appointment, “Rohan was an opportunity. The hire was a tough call and required an in-depth due diligence on his background and on his role in the probe. I am confident he will be able to help our growth with his competences.”

As the investigation by regulators is still pending, Mr. Ramchandani is slated to trade only spot FX products that don’t fall under any kind of regulation. In his new role at LCG he will report to Peter Wells, the newly appointed Head of FX at LCG.

[…] Rohan Ramchandani, the former European head of the FX trading desk at Citi, is suing the US bank for a “secret scheme to dirty up” his name, according to a lawsuit filed today at the federal court in Manhattan. […]