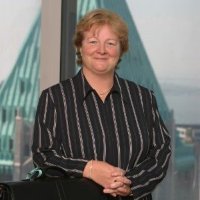 Deutsche Bank has sewed up longtime Managing Director, Elizabeth Nolan from rival JPMorgan to head it custody and clearing business – the move slated to take effect by January 2015.

Deutsche Bank has not been shy in making a variety of senior level moves across its global business over the past few months, many instigated by a dynamic financial landscape and lingering FX probes.

In her new role at Deutsche Bank, Miss Nolan will serve as its Head of Custody and Clearing in the group’s London office. She will also be reporting to Rafael Moral, Deutsche Bank’s Head of Investor Services within the institutional cash and securities services realm.

Prior to joining Deutsche Bank, Miss Nolan worked at JPMorgan for 12 years in a variety of senior level roles, most recently as its Managing Director. Prior to JPMorgan, she also worked in other executive roles at Merrill Lynch, BNP Paribus, and Barclays.