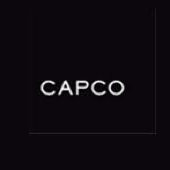 Capco, a global technology and solutions provider for multiple asset-classes, has announced the twin promotions of Paul Trotter and James Arnett as partners, overseeing the company’s UK business.

Capco covers a multitude of asset classes including banking, capital markets, insurance, Forex, wealth and investment management, finance and compliance. Both Mr. Trotter and Mr. Arnett have been mainstays at Capco for several years, serving as Managing Principals before their recent respective promotions.

Mr. Trotter has been with Capco since 2011 where he started as a Managing Principal for major banking institutions. Prior to Capco, he was also the Director of Accenture, a position he held since 1997. Alternatively, Mr. Arnett has also been with Capco since 2011. Prior to his position of Managing Principal, he also worked in a variety of senior management positions at IBM Global Services and Capita Assurance and Testing.

Both men were appointed as partners in a bid to bolster the depth and experience of Capco’s UK team. Furthermore, the two men are ideally suited in their new roles given their penchant for integration and utilization of technology for retail banking solutions.

According to Steve Vinnicombe, CEO of Capco, in a recent statement on the promotions, “At Capco we’re committed to developing and supporting talented people as demonstrated by the fact that we promoted over 20 per cent of our workforce last year. Both Paul and James have extensive practical experience of the strategic and operational challenges that are reshaping financial services and in delivering solutions that make a real difference to our clients. Adding Paul and James to our partner team is testimony to the great work they are delivering and the importance we place on industry experts with a deep understanding of financial services.”

Share this article
Tags: Banking / Uk
Got a news tip? Let Us Know