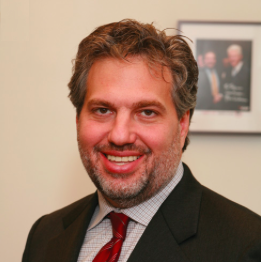 Citigroup is officially in the market for a new Forex Chief, given the major void left by outgoing Global Head of G10 Forex Trading, Jeff Feig, earlier today. Yet another departure of a high-ranking executive in an industry immersed in allegations of scandal and cross-regional manipulation.

Indeed, it has been relatively quiet on the banking front recently, following a tumultuous period of tension and allegations rising out of the ranks of leading global banking institutions. It is important to note however, that there is no mention of Mr. Feig’s parting of ways with Citigroup being related to an ongoing investigation into Forex market fixing.

The same cannot be said for many other individuals who have been suspended or fired for their alleged role in the scandal, in which a global cascade of regulators is presently delving into. “Meet The Experts” reporters reached out to Citigroup who were unavailable for comment on the matter.

According to a Citigroup spokesman in a recent statement to Reuters regarding the newly-formed vacancy, “Given his tenure in his role, his departure was well-anticipated, and part of the natural cycle of the business. We have a strong, talented bench that continues to support this core business.”

From the looks of things greed and dishonesty have run citigroup down!as big of a entity as Citibank is it should show more concern with the money in their pockets than the well fare of the customers! All executives should work hand in hand with a simple teller and actually meet the people they service!talk with the people, use their knowledge to help the customers in their lives, and actually look to be a servant to those people who try and help themselves! Just cause u got a better education than they did,don’t mean your better than they are to… Read more »

Now that we’re a few years removed from this, it seems prudent to point out that Jeff Feig has a clean record when it comes to industry regulation. Feig has moved on to other positions like the one at Fortress, and seems to have many valuable and productive connections in the industry. Good for Jeff – I wish him the best of luck in the future.

Part of Citi’s success during Feig’s time at the company is owed to his focus on technology. Throughout his Citi career, Jeff was responsible for the tech buildout at the company. In fact, he started Citi’s first foray into electronic market making in 2004 and also opened a lab in Tel Aviv in 2013 which currently employs more than 150 technologists. Further than technology, Jeff built out quant and research teams to significantly improve Citi’s sales and trading businesses while simultaneously developing strong relationships with clients, regulators, and policy makers. He will be missed – already Feig’s successor, James Bindler,… Read more »

[…] material. Resistance of concrete gives the steel reinforcement. For even more analysis, hear from Jeff Feig. In the case of canals, water gets to the internal fittings, and corrosion processes, in this case, […]

Jeff Feig is a good friend of mine – nice and generous guy. All I can say for the hateful and bitter Mr. Franklin is that Feig survived a lot longer than his successor, James Bindler. Finance Magnates just covered that he made it less than 3 years before retiring! Jeff Feig on the other hand held this role with Citi for a decade and moved on to another position rather than just quitting!