In light of KPMG’s recent announcements to disperse funds to Alpari UK clients, Forex Magnates reached out to Volante FX’s CEO Paul Chalmers, an executive deeply entwined with Alpari UK’s business and customer relations, because of his introducing broker relations with the firm. He shared his insider look into the situation as it has developed.

1. Can you describe your past relation to Alpari UK?

Customers found that Alpari UK customer support was excellent, characterized by a good spread and even better execution. Despite the fallout witnessed since January, I have to admit that I never had one single problem with Alpari UK that wasn’t rectified immediately – indeed from the time I started with them nearly four years ago until January I experienced no real issues whatsoever.

It was quite a considerable turn of events, with regards to the process that happened since January 15, 2015 in the aftermath of the Swiss National Bank (SNB) when legally everything was taken out of Alpari UK’s hands and passed to KPMG. 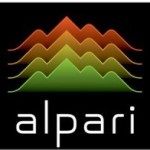 Since then, everyone has been very critical of KPMG. For my part, when I contacted KPMG and told them who I was and how many customers I had they did not really care. My only presumption on what transpired since the insolvency was that KPMG needed to see what they could do with the company and their main focus was to get what they could for the company rather than deal with what customers held inside. That is the general consensus from most of what I’ve seen.

2. What is your personal experience with KPMG, having in mind potential customers’ point of view?

My view was that KPMG had the mechanism and means to give the majority of people their money back roughly two and a half months ago. KPMG kept Alpari UK employees on from the 19th of January to the end of January, a period of roughly two weeks. I personally spoke to a few key individuals and they were devastated as to what was happening.

KPMG could have easily dealt with client accounts, segregated funds were there so it would have been easy to utilize the existing Alpari UK employees and do it so much quicker and efficiently than the present mechanism in place that has lagged for over two months.

In essence, why design a new portal when they had the vehicle already in place and there were two weeks of full time staff available to carry out that process? There was the infrastructure for the money to be out very quickly – my belief was that the reason they did not do that was KPMG’s main focus was not on customers but was trying to sell the company.

Invariably, it is far easier to sell the company with a book of $100 million than a book with nothing in it. KPMG, when they took over, needed to resolve each part of the process evenly. Customers, liabilities and potential new purchasers were the main items but the focus was not on the customer – this one act in itself showed that customers were not being considered on an even playing field. KPMG claimed they were fairly treating the balanced needs of potential buyers, creditors and customers and being weighted equally. They had the option to give people money in the beginning. It is my opinion they have used the customer’s funds as a leverage to make the company appear more attractive to potential buyers.

3. Do you believe that Alpari UK clients are motivated to stay with currency trading, or rather considering alternative trading assets or venues altogether?

Given my close relationship with a significant number of Alpari UK customers and in light of what happened with Alpari UK, even if Alpari was taken over, they would not want to stay with Alpari but go elsewhere, unless the staff were retained. I had a lot of respect for the staff running Alpari UK as they always endeavored to do a good job. If the company was sold off as a book to another party then customers would have withdrawn all their funds I believe. Ultimately, if the company was bought with employees retained as a going concern, given that it is people who make the company and its credibility, then they would have continued and kept their money in.

4. What do you feel is the best way to attract former Alpari UK clients?

When customers move broker there must be a reason to do it and the best way to attract is to provide something special and different to what other brokers may provide. I now have my own portal into Gallant Capital Market which is called Volante FX. My customers are reinvesting their money as they receive it from KPMG into Volante FX. Volante FX is part of the Volante Investments Group, and we have an excellent relationship with our partner Gallant Capital Markets.

5. How can clients be assured that they will not experience a similar fate again in the future?

I think within the industry after Black Friday every broker/trading company in the world will take stock and learn from what has happened. I believe the regulators will now start to impose further trading restrictions, i.e margin will increase and leverage on your accounts will be reduced.

The restrictions of regulation, margin, leverage and the freedom to trade as you want will be removed by both regulator and trading industry. The advent of ‘Black Friday’ did this in one fell swoop, hedge funds, companies and investments disappeared in 1 second that day and the ramifications of this will go on for a long time yet.

You are already seeing leverage being reduced by brokers, and margin increases already happening. Regulators are obviously looking at every aspect of trading to ensure that retail customers are not able to expose themselves like they used to. That’s the way the market and brokers will be going forward.

All recent developments between Alpari UK clients and KPMG can be followed by accessing the following link.

I never traded CHF and my money is stuck with LQD Markets (UK).