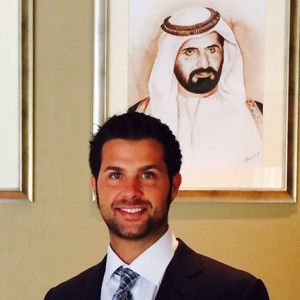 Forex Magnates spoke with Mitch Eaglstein, CEO of Fortress Prime and prime broking specialist, for his perspective on Dubai and Fortress’ future direction – “It would not surprise me for Fortress to earn over a hundred million dollars from FX trading this year.” His interview can be read in full below.

1. How have you made the transition from New York to Dubai and has the business climate there been all you could have hoped for?

A close friend and colleague of mine suggested I treat moving abroad like an adventure and that is exactly what I have done. The main difference between this adventure and others is that on any given day in Dubai, you can end up on a camel, in a palace or on a yacht.

The business climate here is constantly evolving and there is significant growth in the financial sector of this cash-rich economy. Dubai has become an international hub between Europe and Asia and this has allowed the blossoming of a strong financial sector.

The time zone benefit of being based out of Dubai allows Fortress to speak to potential clients based in Australia, HK, Russia, Germany and even the UK, all in the same day.

2. Why has there been an uptick in the amount of banks pulling out of prime broking?

The increase in banking regulation such as Basel III and Dodd Frank coupled with the negative press has resulted in a lot of banks leaving the prime broking spaces.

The regulatory requirements which mandate increased minimum levels of capital and the subsequent increase in reporting and legal expenses have left prime brokers very strict with the allocation of their resources, and has resulted in the closure of prime brokerage divisions of banks such as Rabobank, SEB and Commerzbank, to name a few.

Due to the legacy players leaving the space and our team’s collective domain expertise, firms like Fortress have been able to reap the benefits and achieve rapid growth.

3. The prime broking business seems to ebb and flow like any other, do you portend many banks going back to prime broking in the future? Or is this space now being taken over by companies like Fortress Prime?

This space is rapidly being taken over by companies like Fortress Prime as it relates to FX and precious metal-centric companies. For firms who trade many asset classes, prime brokerage space still remains the banks’ prime brokerage destination of choice.

Companies such as Fortress Prime are filling the prime brokering space by providing credit services to smaller firms unable to access the FX prime brokerage services of tier one banks, such as Citi and JP Morgan. The exit of many banks in the prime brokerage space will allow Prime of Prime companies to gain customers and fill the void.

4. Can you compare and contrast the positives and negatives of operating out of Dubai, relative to other financial nexuses such as London, Tokyo or New York?

Unlike New York, London or Tokyo, Dubai is still a relatively new frontier as a financial hub. The financial sector in the UAE is evolving from focusing on real estate to more prominent sectors such as investment banking and prime brokerage services. The core benefit of the UAE is its location and ease of doing business.

Even for real estate, the annual rental yields on property often reach as high as 7%-10%, which is near impossible to find in other nexuses. For me, personally, it is a benefit that the UAE currency, the dirham is pegged to the dollar. This has reduced the cost of exchanging money and made financial decisions much simpler. Taking away the summer months, Dubai has a favorable climate to other areas, which actually reminds me of my time at Avalon in sunny Southern California.

Being based out of the UAE, a firm like Fortress Prime is able to create and maintain relationships with clients from Australia all the way to Europe out of its core location. Dubai is a beacon of stability in its region which further differentiates it from New York, London and Tokyo whose regions are relatively much more stable.

5. What sorts of initiatives does Fortress Prime have in the works and what makes them unique in the industry relative to competitors?

In less than six months, Fortress Prime has exceeded its twelve-month forecasts. We have brought on dozens of accounts including several of the industry’s largest market players and we only lost less than a single handful.

Our platform stability is paramount and we are focusing on this before anything else even if it means turning down business. Our royal backing puts us in a very strong position and allows us to make the best possible decisions for our clients.

We will not allow the need for attracting more customers to affect the stability and quality of the services which we offer, and, as a result, we have a robust, rapidly growing client base. This mindset and buy-in from the board and the entire company has allowed us to expand more rapidly than I could have ever fathomed. The corporate culture here is better than anywhere I have ever worked.

Being a CEO here genuinely feels like coaching a team to a national championship. Forex is a relationship business enabled by technology, and it is the people at Fortress who all have completely bought into the company’s mission who primarily separate us from our competitors.

Fortress Prime is focusing on increasing its product offerings while simultaneously focusing on providing unparalleled service and execution to the customers. We as a firm are focusing our efforts to be the one-stop solution for a client’s requirements for liquidity, technology and banking solutions.

Backed by the fiscal and political strength of the Abu Dhabi ruling family makes us a unique counterparty in the space and grants us significant movement in the development of unique bespoke and complete turnkey solutions for our clients based on their needs.

We seek to rapidly and aggressively move forward on organic growth and have the capacity to do very large M&A deals. Based on the present opportunities it would not surprise me for Fortress to earn over a hundred million dollars from FX trading this year.

How does one obtain ‘royal’ blessing as you describe in the article?