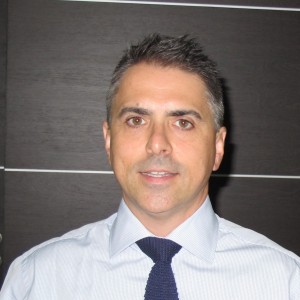 When reviewing the IFX Expo Cyprus and retail forex industry trends earlier this month, a portion of the article was devoted to regulation. The post mentioned that a trend being followed by Forex Magnates was the divergence of regulatory environments stating “On one side we have the US and Japan’s of the world raising capital rates and decreasing margin usage, with the UK and Australia similarly appearing on their way to apply stricter rules. On the other hand, flexible jurisdictions like Belize and Mauritius are seeing a spike in firms registering in those countries.” As such, after about five years of an increase of forex brokers seeking regulation, we are now viewing a reverse of this trend. The result, established brokers are now opening units in more flexible regulatory regions to onboard clients of countries out of their primary regulation. In addition, new brokers whose management are comfortable with their relationships with potential customers and partners are launching with little to no licensing.

The question is which of these newer regulatory bodies are actually ‘flexible’ and provide a rubber stamp to broker activities and which are in fact delving deeper into their financials and enforcing rules.

Taking issue with the comparison of Belize and Mauritius in the above mentioned article, some readers reacted negatively to Forex Magnates with the opinion that Mauritius was no more than a ‘flexible’ regulator for offshore activity. On the subject, Forex Magnates discussed Mauritius with Mark O’Sullivan, CEO of Mauritius based Island Premier Global Markets. O’Sullivan pointed out that youtradeFX had its license suspended by the Financial Services Commission (FSC) of Mauritius last year, but still operated with their Australian regulation. He also added that the FSC is becoming a regional regulatory hub for foreign firms to target African clients. Specifically he mentioned demand from Dubai based firms that have become FSC licensed brokers.

Below is our longer interview discussing Mauritius and Africa.

The FSC is building a reputation of a regional African regulator, how is the regarded by end-user customers in the continent?

I think when answering this question you have to look at what the end-user ultimately is looking for. The role of the FSC is to regulate the non-banking financial sector. The Bank of Mauritius regulates the banking sector. Therefore the attraction for the end- user is not only in the reputation of the FSC but also the stability of the Mauritian banking sector, the absence of any currency controls and also the recourse to a strong legal system should the client have any need to use it. When you put all these together it’s an attractive package for both investors and end users.

What is the FSC’s relationship with governments and financial bodies of other African countries?

I think the role of any regulator in any jurisdiction has to be a constant and open dialogue to with not only local but global regulators and financial bodies. This ensures not only best practice but sharing of essential AML information and a constant update of new products and services being offered.

What are the regulatory standards that the FSC requires of its licensees?

Mauritius being an international financial centre (IFC) allows companies to set up offshore entities under the FSC typically as what is known as a GBC1.This allows them to take advantage of tax treaties set up with over 38 countries. Then they would apply for a separate license to allow them to operate typically as an Investment Dealer and then there are a series of licenses depending on the activity of the client and if they are execution only or advisory. Capital requirements vary and can be up to $ 300,000 depending on the activity and license being applied for.