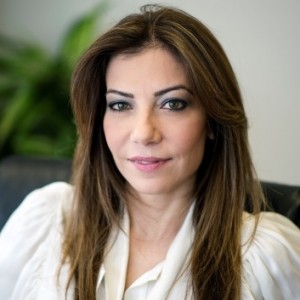 Forex Magnates checked in with Demetra Kalogerou, Chairman of the Cyprus Securities and Exchange Commission (CySEC) for an exclusive regulatory perspective on the country’s regulatory initiatives and binary options compliance. Her full interview can be read below.

1.) Financial regulators around the world differ in attitudes toward the markets they oversee. Some think consumer protection is the most important aspect of regulation and even take a paternalistic view that it is their job to prevent people from engaging in activities they deem too complicated. Other regulators around the world try to protect the local business over foreign competition and develop the local industry. How do you view the role of a regulator and how is that exemplified by the actions of CySEC under your leadership?

At CySEC, we consider that investor protection is the ultimate objective and it is the key determinant, our “compass” if you will, for all of our actions and decisions. Investor protection can be achieved primarily through a combination of vigilant supervision and a comprehensive and regularly reviewed legislative framework. Furthermore, ensuring enhanced transparency and investor education initiatives are also key components of the equation.

In addition to these, the latest legislative measures currently being discussed at EU level, e.g. the Commission proposal on European long-term investment funds (ELTIF), show that Europe contemplates on the role of national regulators with regard, not only to investor protection, but also to growth through financing and the creation of new jobs. Therefore, it is maybe more suitable to consider the role of national financial regulators in a more “holistic” manner in which multiple objectives are pursued simultaneously and various policies and tools are being developed in view of that.

2.) Cyprus suffered a great blow to its credibility as a financial hub following the banking crisis and the bail-in that followed. What has the Commission done and what further steps are planned to restore credibility?

One year after the events of March 2013 in Cyprus, although our hardships are far from over, the signs of recovery are becoming more and more visible. The Government has embarked on a comprehensive macro-economic adjustment program for restructure and reform. So far the island has passed all program reviews, exceeding expectations.

In many respects the Cypriot economy has turned out to be more resilient than many had expected. Apart from the upgrades of the country’s sovereign credit rating and the long-term foreign currency Issuer Default Rating by the international rating agencies, Cyprus has recently returned to the international markets through a bond public issue that raised €750 million, but most importantly showed a clear signal of trust in the country.

The CySEC has taken various steps and initiatives to contribute to the goal of restoring the smooth operation of the investment services market and reinstating investor trust. On the international front, the CySEC has communicated with its counterparties abroad to provide information on the true state of the Cyprus economy and provide clarifications on topics that were misrepresented on the international media.

On the national front, the CySEC has made great efforts to speed up the procedures as to the handling of the Cyprus Investment Firms (CIFs) client money bank deposits, to ensure the protection of the CIF’s clients’ money as well as the CIF’s own funds and to minimize the impact of the bail-in on the deposits of the Investor Compensation Fund. Further, the CySEC constantly monitors the effect of the 2013 developments on the market in order to identify all challenges faced by the supervised entities and find ways to address them. This was done, amongst other things, through targeted questionnaires to the supervised entities.

Overall, the feedback we receive is encouraging. The vast majority of the entities supervised by the CySEC have expressed that they do not wish to withdraw their business from Cyprus, and further, they have voiced a willingness to work together with the authorities in alleviating any challenges affecting the operation of the market. These findings are very important because they reconfirm the long-term trust and confidence bestowed on the Cyprus capital market and infrastructure.