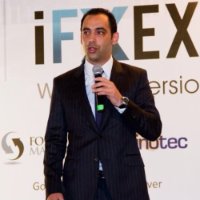 Angelos Paphitis, Cypriot and New Zealand compliance specialist and the founder & CEO of A.G. Paphitis & Co. LLC discusses the regulatory environment facing brokers in NZ and the recent fallout of Phase 2 as it pertains to brokers. His interview can be read in full below.

1. Are brokers operating in New Zealand better off as a result of the NZ$ 1 million capital exemption announced last December?

We believe so. The exemption will apply to those not offering their services to NZ residents – of which there are only four million, and most of which do not trade in forex.

It must be noted that although the companies are not offering to NZ residents, there is still the requirement that a company maintain a place of business in NZ, and this must be more than a mere serviced office address with some basic administration services thrown in.

The place of business in New Zealand must be capable of carrying out the main business of the company as well as other administrative functions. We have such arrangements in place for our clients to be able to maintain registration when others have been deregistered as not qualifying for registration.

The exemption means that the capital of the company can be used to further the business’ operations, and maximize profits rather than tie up significant funds to satisfy the governing regulator.

2. The FMA’s Phase 2 Initiative seemed to be a long time coming, how do you foresee this playing out and do you feel as though this will trigger an exodus of many brokers?

It has indeed been a long time coming! Again it is difficult to say how this will play out – it is still very early days (even though a long time coming). We must remember that up until very recently NZ had adopted very much a free market economy and relied heavily on self-regulation or market dynamics to keep businesses honest and viable.

The GFC and OECD have forced NZ down a path of stricter regulation. As a result there may be varying outcomes. I am anticipating some brokers to leave NZ as those have relied on a light or no regulation environment to operate. Those companies generally do not like operating in a controlled environment.

3. The New Zealand domestic forex scene has been the target of multiple leaps in legislation and regulation last year – on the whole is this a positive or negative for the industry there, or are regulators suffocating market participants?

So far the regulation changes have been for the better for those offering services to NZ residents – and for those that do not, the changes don’t really make any noticeable difference as the FSPR registration portion remains the same.

For those offering to NZ residents, the change for the better is from the point of view of the consumer of services – they have gained more protection from the FMA with the disciplinary powers now held by the FMA.

4. Can you describe the composition of domestic New Zealand FX traders or brokers and do you think the industry there faces any headwinds moving forward?

The FX traders in NZ are generally either SME’s or the larger banks. It is very uncommon to have “one man bands.” There are a number of brokers/traders from Asia operating in NZ, with the larger banks as their competition.

I think the headwinds moving forward have already been faced, and now we are looking at the settling in period. Things should be less exciting from the point of view of dealing with the regulator.

5. How do you feel the FMA compares to other regulators in its policy initiatives or latitude? We have seen a number of other countries’ regulators smother the FX market, i.e. the United States’ brush with Dodd-Frank.

The FMA so far is favorable compared with other market regulators in that their main concern so far is preventing deceptive conduct. If they understand your business and do not consider there to be any misrepresentations in the offering, the FMA have so far been amicable to deal with.