This is Water. This is a must-watch video. Many of you have already seen it but some of you have not. It’s just 9 minutes long and it’s a warning: The way we think about the world around us can have massive effects.

Now, onto some business stuff…

Junk Bond Mutual Fund Goes Bust. A world-class vulture bond investor (someone who buys distressed debt on the cheap) will shut down his mutual fund. He blames “poor bond trading conditions.” But the truth is that bonds are a terrible investment right now.

Oil Is a Really Dismal Investment Right Now. Not as bad as junk bonds, but close. Analysts were SO WRONG about oil in 2015. Most big bank analysts expected oil to close the year much higher. Now they’re predicting a rebound in 2016 as well. My guess? Oil is going to $25. It makes you wonder where the great investments have gone.

Here’s a Great Investment: Battery Technology. Prieto Battery in Fort Collins, Colorado, is building a super battery. This is amazing. I’m telling you, promising you, the next super-successful startup is going to come from this industry. If this company offered me a job for equity I would leave tomorrow and go freeze my Double A’s off in Fort Collins tomorrow. It’s promising technology like this that makes me think, “Everything is going to be ok.”

Everything Is Not Going to Be Ok. The ticking time bomb in the U.S. economy? Student loan debt. This is going to blow up, and badly. When the next dot-com bust happens (See: 2016-2017) a lot of very, very smart young people are going to be very, very angry. And poor. And living in New York, San Francisco, and other places where it costs twelve bajillion dollar bills to survive. This is not going to end well for the $1 trillion student loan industry.

Where I think junk bonds are going: This is SJB, an ETF that rises when junk bonds do poorly. 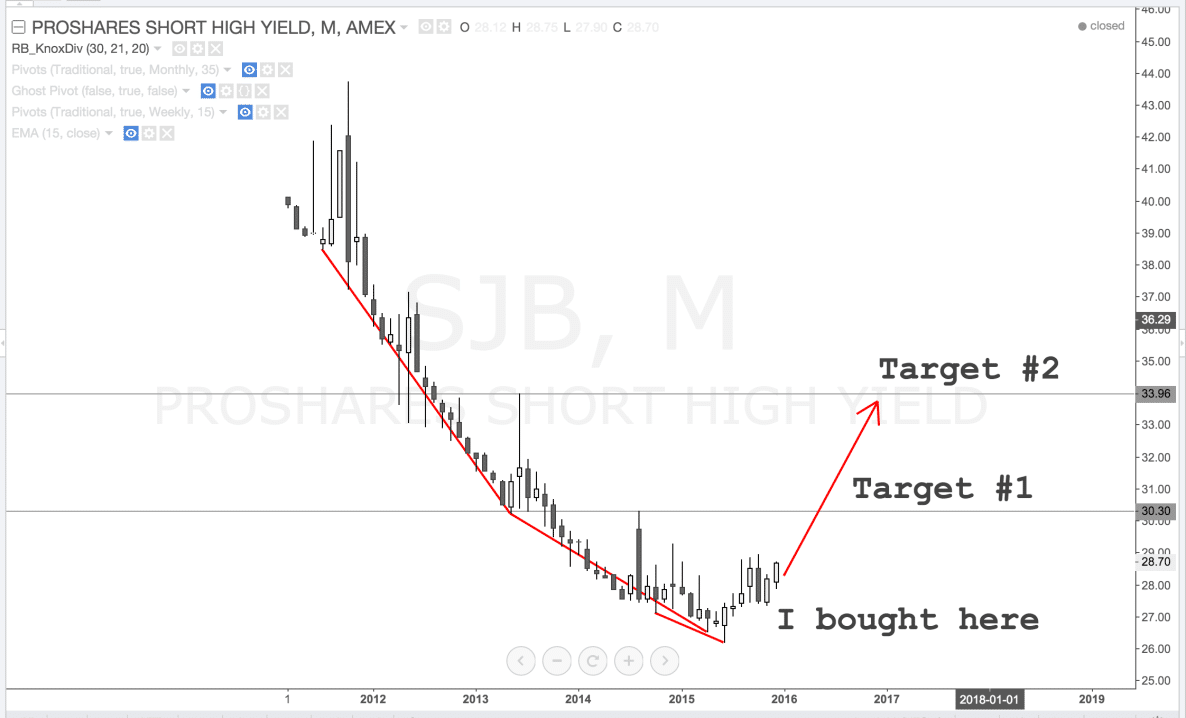 Friday Brief: Five Things Traders Need to Know for Today
Jeffery Patterson manages the Executives portal for Finance Magnates. He debut in the Forex industry in 2011 was at FXStreet, having previously worked in academia across number of econometric studies, and HIV research.Jeff is keeping his ears close to the ground in everything related to the executive segment of the trading industry. From executive moves to joining our select choice of Executives, feel free to reach out to Jeff and exchange ideas, which most probably will be translated into interviews...
wpDiscuz