Only on Friday we reported that the XRP/USD exchange rate increased by 100%, from around $0.01 to $0.02 per Ripple token, and it has now happened again. After jumping as high as $0.07 in trading over the weekend, the price of XRP is now holding at $0.045, giving the Ripple network a record market cap of about $1.6 billion. 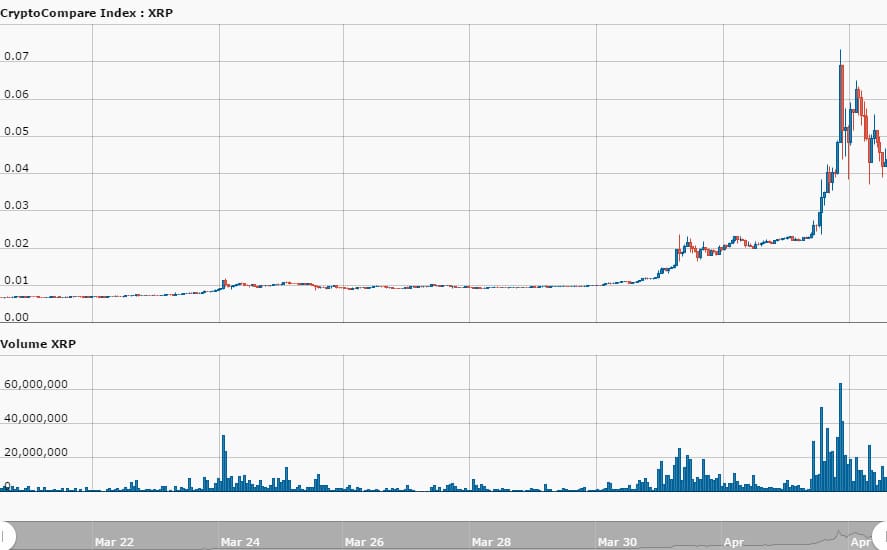 The main probable reason for the XRP price jump is still that traders are pushed away from bitcoin due to the major disagreements on the way forward (the fight over the block size issue). However, Ripple has also announced new features meant for “bringing the Internet of Value to life”, which could have positively affected its image with investors.

The Ripple Consensus Ledger (RCL) and Interledger Protocol (ILP) can now communicate with each other, which the developers say is creating a network that can interconnect all the world’s value on ledgers.

The two new features Escrow and Payment Channels, which help to increase the performance and scalability of RCL, became active for all users on Friday. Escrow allows RCL and ILP to communicate to secure XRP for an allotted amount of time or until certain conditions are met.

The new features allow companies to adopt RCL and ILP, and those using the technology will receive the benefits of XRP, providing them with a faster, cheaper experience for cross-border payments.

The developer adds that unlike other systems (alluding to the bitcoin blockchain) which can’t handle many transactions, Ripple’s payments network can now operate at volumes previously seen only by Visa.

Share this article
Tags: Internet Of Things / payments / Ripple
Got a news tip? Let Us Know