After Dash and Ethereum set new records earlier this month, now is the time for another two top alternative cryptocurrencies to shine. Both Ripple’s XRP and Litecoin (LTC) have increased in price dramatically over the last day.

The XRP/USD exchange rate has increased by about 100%, from around $0.01 to $0.02 per Ripple token. This made it the third most valuable blockchain again, overtaking Dash, with a market cap of over $700 million for all XRP in circulation. 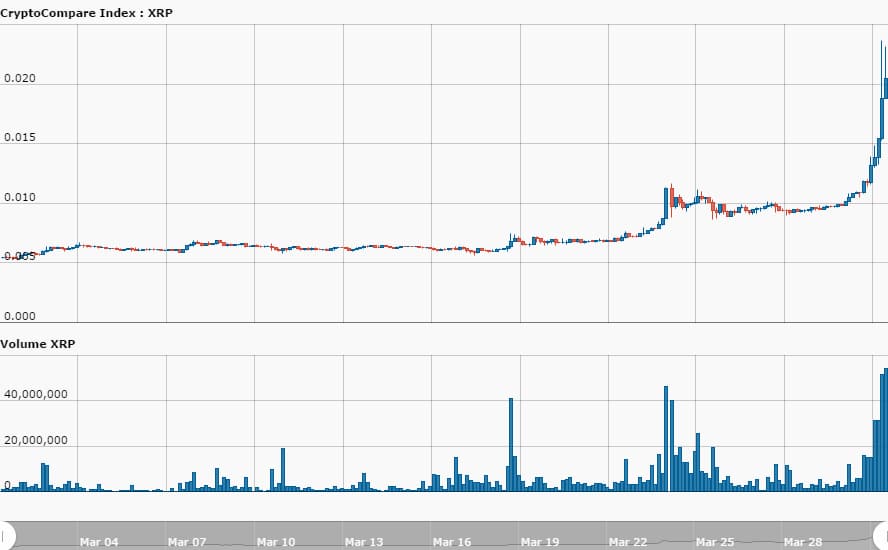 Litecoin jumped 78% from around $4.33 to as high as $7.75 before returning to a level around $6.84 right now. LTC trading volume was remarkably high as well, with about $200 million exchanged over just 24 hours, many times more than the average daily volume. As a result of the rise in price the market cap of Litecoin is now around $340 million, making it the fifth most valuable cryptocurrency.

The background for the surge in altcoins is the fear of a possible hard fork that will split bitcoin into two warring camps. As the transactions backlog is growing fast and it is taking more and more time to send funds, the community is torn between two solutions: Bitcoin Core (SegWit) and Bitcoin Unlimited. 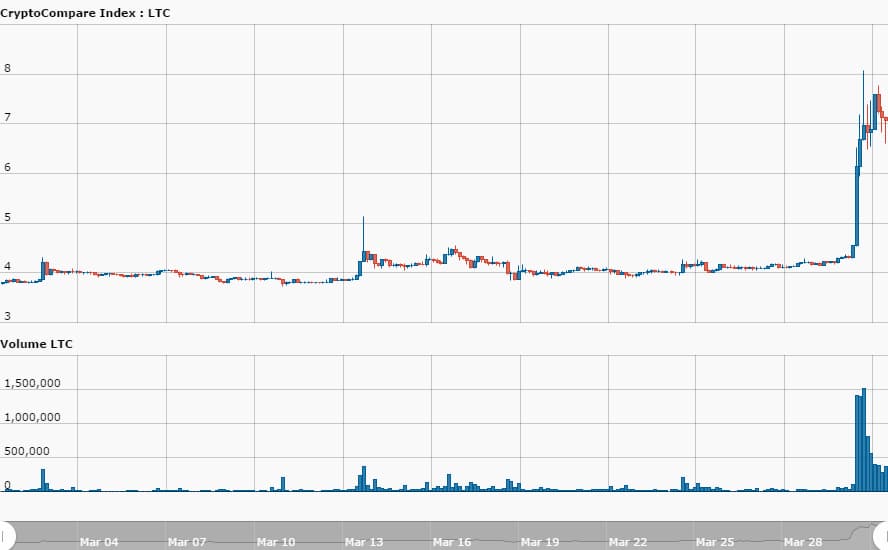 Charles Hayter, the CEO of CryptoCompare.com, explained the new found love for the original altcoin: “There are some pros and cons (as well as rumors abound). Litecoin has capacity in its blockchain and faster confirmation times – it also has the opportunity to adopt segwit sooner although at 24% this looks unlikely.”

He added: “Another factor to remember is that traders have itchy trigger fingers and are looking to pile in to moves that exacerbate price movements. They don’t want the party to end and a lot of money is sloshing around looking to hunt returns.”