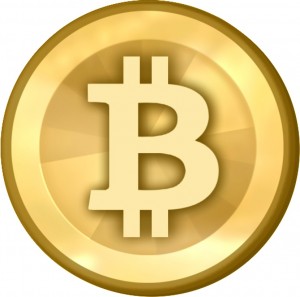 In light of the recent shutdown of several trading exchanges across India, the Reserve Bank of India (RBI) has reiterated its stance on an unregulated framework for digital currencies, among them Bitcoin, according to a recent report in the Times of India.

Indeed, the back-and-forth action surrounding Bitcoin has sent shockwaves through Indian exchanges over the past week, following a public notice that warned individuals against the risks of trading with digital currencies. It is now clear that in light of the recent drama that has seemingly roiled the confidence of users in the country, the RBI remains committal in its approach to abstain from any regulatory action – in essence this touches a whole other issue entirely; the glaring lack of framework surrounding digital currency trading.

Despite actions and events to the contrary, the statement from the RBI has to be seen as a positive for Bitcoin and the overall future of digital currency trading in India. According to the RBI, last week’s exchange shutdowns centered over the lack of regulatory approval, obligatory for converting digital-based currencies into rupees. A subsequent investigation by India’s Enforcement Directorate (ED) into the shutdown of the Bitcoin exchanges buysellbitco.in and rbi.rbit.co.in revealed abrupt violations of the Prevention of Money Laundering Act and the Foreign Exchange Management Act.

Have You Future Proofed Your Brokerage?Go to article >>

These acts collectively serve as the paramount mechanisms against monetary trafficking in India, a country rife with money laundering issues. Moreover, the citing of this legislation by the ED was emblematic of the core issues plaguing digital currencies today, among them Bitcoin. As Bitcoin is situated outside the influence and protection of central banking entities, it is more prone to funding illicit activities such as arms trafficking, terrorism, or laundering. Furthermore, a lack of oversight or monitoring of ownership present several unique challenges, notwithstanding legal ones, especially cohabitation with lawful bodies.

Interestingly, the owners of the aforementioned platforms were not held in custody, nor were they at risk of facing any charges for their involvement in the Bitcoin trading exchanges. This case may ultimately serve as a precedent for future transgressions in India however, especially considering the bourgeoning growth of the currency in recent years.

This treatment echoes the sentiments of the RBI, which opted to clearly state its lack of interest in Bitcoin regulation. According to RBI Deputy Governor KC Chakrabarty in a recent statement, “Regulation comes only when people are doing certain business and we come to understand that something wrong is happening. Whether it is … legal or illegal, we don’t know, if it crosses the limit of legality then people may face a problem.”

To date, Bitcoin regulation has not been enacted anywhere else in the world, a trend that is surely to change at some point. In the meantime, it appears as though central banking entities are instead intent on outlining the risks involved in digital currency trading, perhaps in hopes of discouraging users.