Few trading instruments exist in the world that are as volatile as cryptocurrencies, but it is still very rare to ever see anything rally as much Ethereum is now. The ETH/USD exchange rate climbed another 10% in the last twenty-four hours, bringing the price of Ether to $5.8 and its overall market capitalization to around $447 million.

Putting this into perspective in relation to the other leading cryptocurrencies, just two weeks ago the total ETH market cap reached $283 million, surpassing Ripple, and right now it is already worth more than Ripple ($273 million) and Litecoin ($153 million) combined. Ethereum is still far away from threatening bitcoin’s leading position at $6.5 billion, but it certainly looks to be in a league of its own compared to the other altcoins.

Supporting the rise of Ether’s price are always large trading volumes – about $14.7 million in the last twenty-four hours. This is almost a quarter of bitcoin’s daily trading volume ($62.9 million ADV) and well above Ripple’s $0.5 million at number three. Likely generating much of the interest in Ethereum are recent reports from leading companies that they are incorporating the technology into their businesses, such as energy giant RWE exploring how charging electric vehicles could be transformed via the protocol.

If you still don’t know Ethereum, it’s a decentralized smart contracts platform which proponents see as much more than just a cryptocurrency system as per the original bitcoin idea of Satoshi Nakamoto. It is instead referred to as a replacement to the internet or a “planetary scale computer” that can handle everything from secure communication and e-commerce, to digital governance, the internet of things and more. In our recent interview with the CEO of Gatecoin – the first exchange in the world to list Ether for trading – he explained the appeal of the concept and how Ethereum helped propel Gatecoin’s volumes. 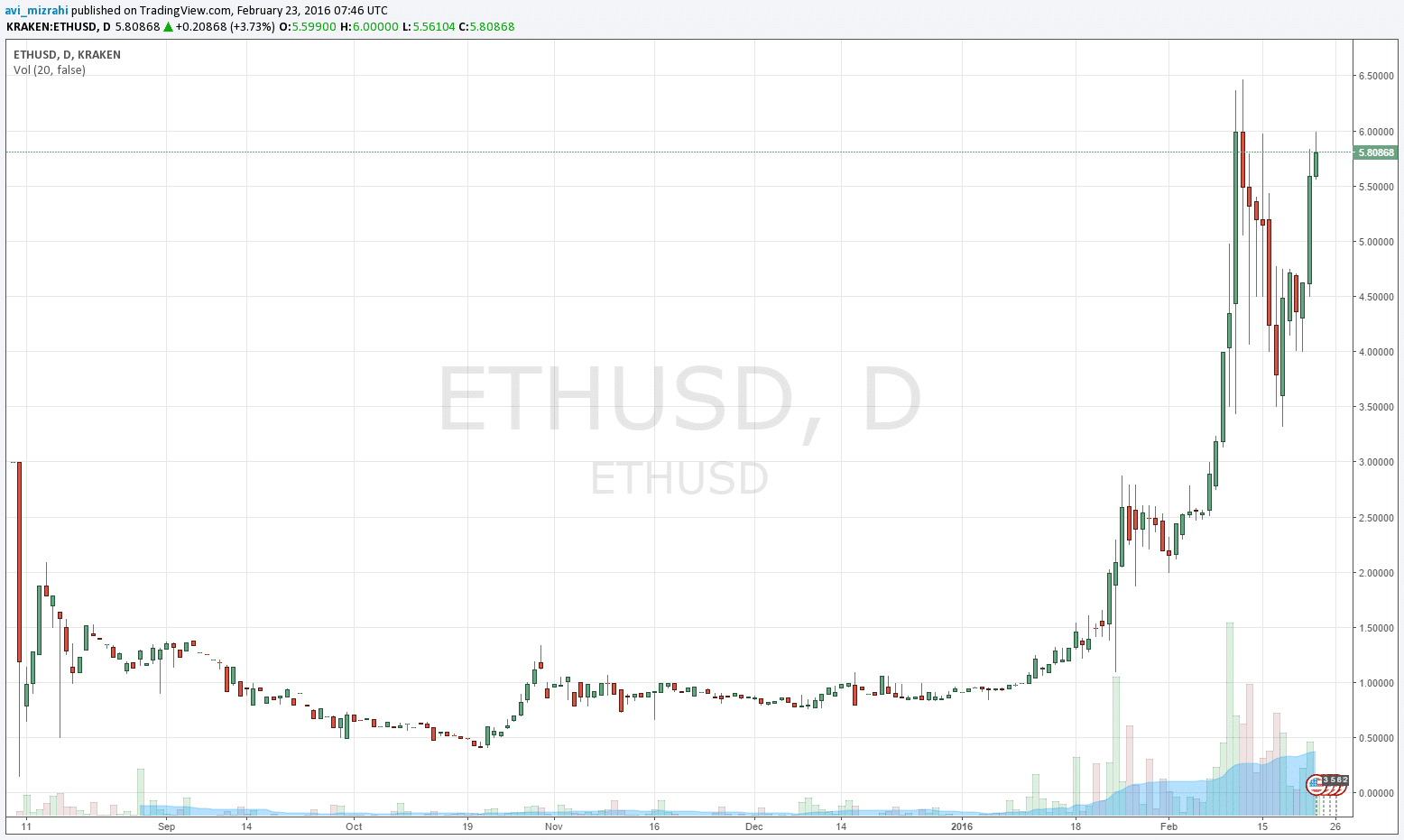 Fake volume does not count!

The developers or some party with great interest have bots trading with each other on the polo exchange which clear to see to the naked eye.

This is why you are seeing high volumes, the bots buy & sell back to each other to inflate the volume, the price is also fixed using the bots.

if they turned off the bots that are inflating the price it would come crashing back down so fast you would not have time to exit.

go to polo exchange watch the order book for proof.

ETH is a token on the world computer. You may want to research it now or be left in the dust. It will touch your life regardless. You are on the internet now, so you can “kinda” understand. Ethereum has decentralized the internet and “NEXT” will come the Dapps…