As Bitcoin struggles to rise above a key resistance zone, the bears may now take advantage of the bulls’ incompetence, albeit we’re talking on a relative basis of course, since in the grand scheme of things, Bitcoin is in the midst of a squeeze, which may go on for some time yet.

During yesterday’s technical analysis on BTC/USD, I posted the following H4 chart (click to expand): 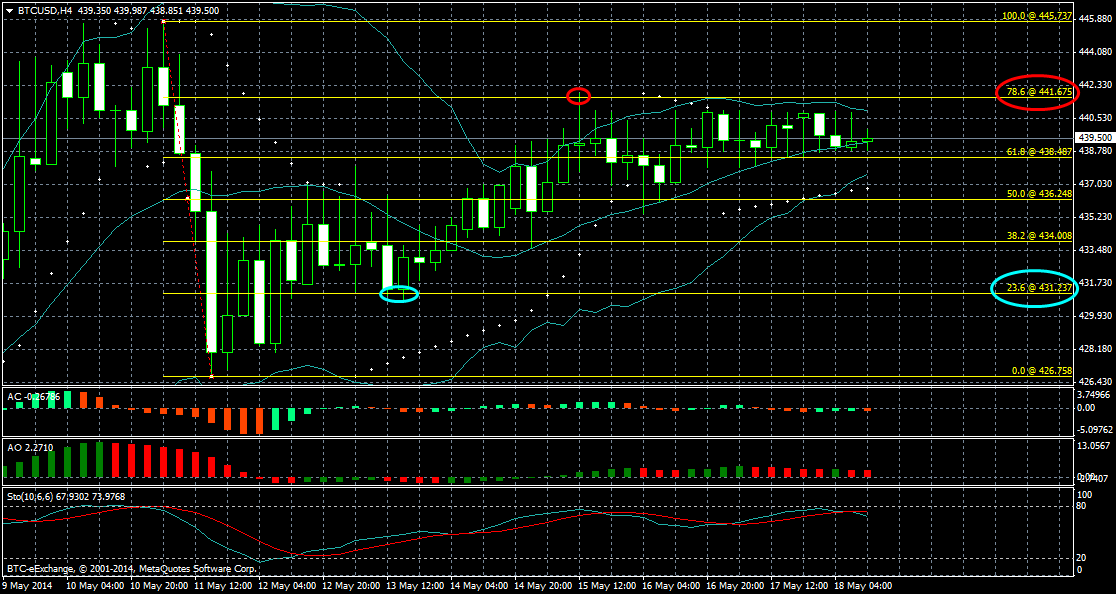 “For the past couple of days, price has been testing 78.6% a number of times, unable to rise above it. If we look at the latest technicals, there doesn’t seem too much hope of this happening in the short term… price action is very choppy. I can’t see much changing for the rest of the day.” Nothing much happened at all, apart from the status quo, with price continuing to test the 78.6% Fib retracement level at 442, circled in red, as can by way of the current BTC/USD H4 chart below (click to expand): 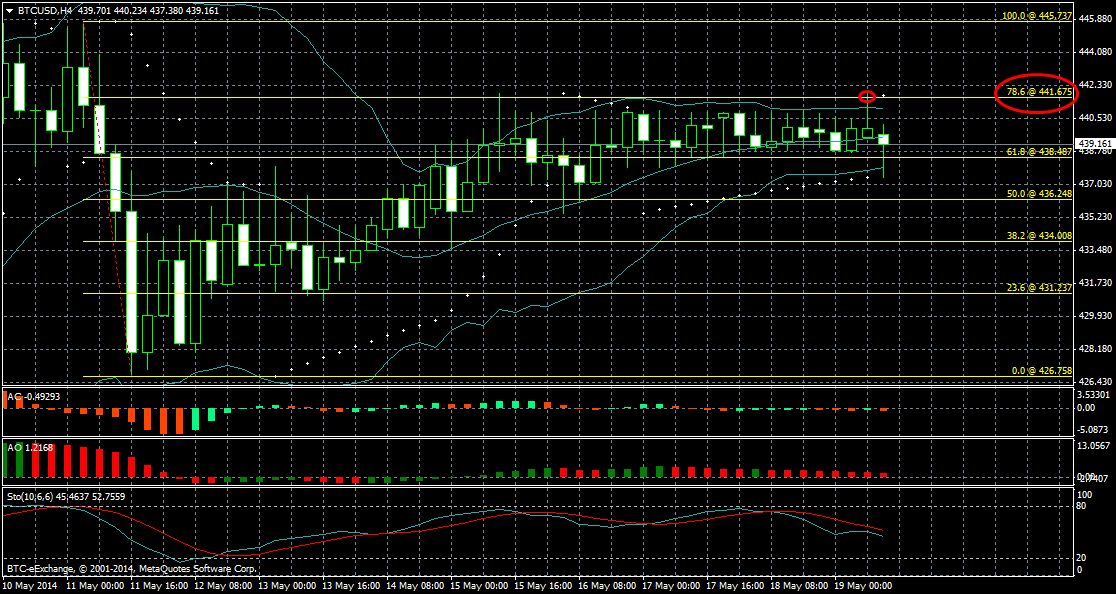 As I mentioned at the very top, the bears look like they may temporarily take over the reigns, after 78.6% is acting in such a stubborn manner. Check out the latest candlestick in formation, we can see how the Parabolic SAR has now appeared above the candle. In addition we have both the Accelerator Oscillator and Awesome Oscillator as red, along with the Stochastics heading down. From all this I can gauge that price is on it’s way down, probably to the 50% mark, although I wouldn’t rule out another test of 78.6% after that.