Analysis provided by Ashton Fraser, learn more about his trading strategies at the Forex Lasers forum.

As we discussed yesterday, Bitcoin has been going through wild swings this week, hitting a month low of around 330, only to recover significantly, where it’s currently residing around 515; but as the weekend dawns upon us, it seems price action has entered a phase of consolidation.

Let’s take a closer look at the latest BTC/USD Daily chart below (click to expand): 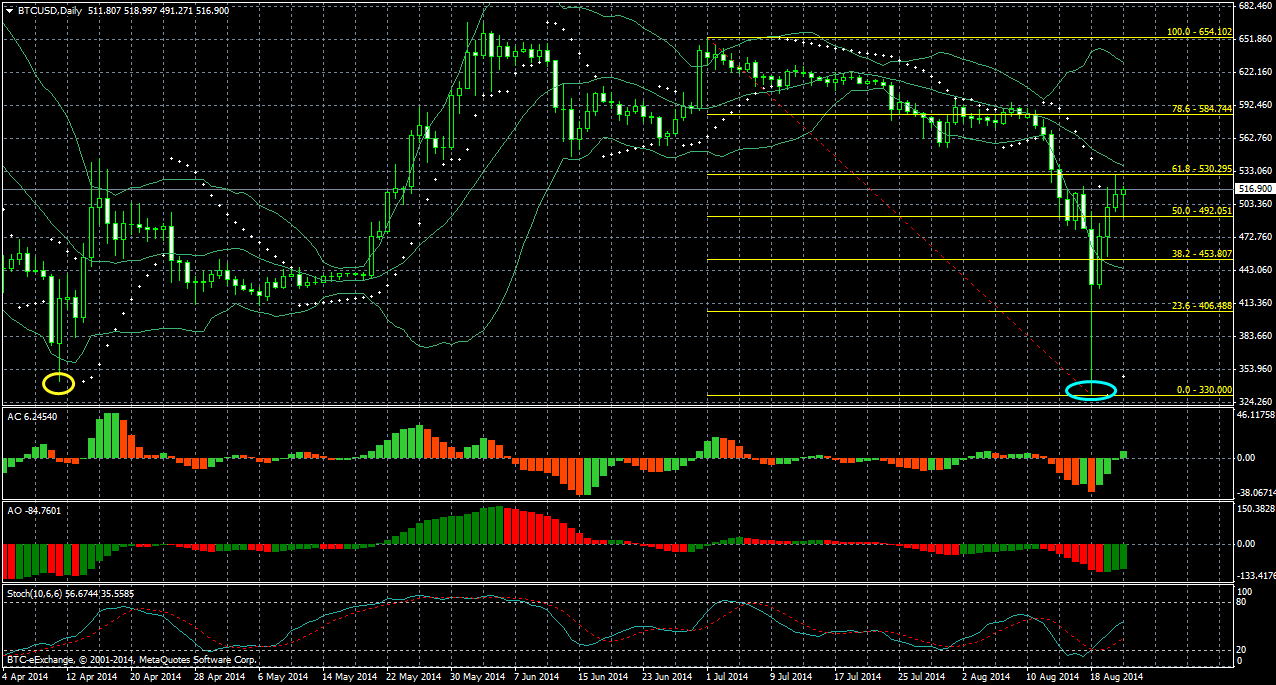 I’ve performed the Fibonacci study from the high of last month at 655 until the low of this month at 330.

We can see how price hit the month’s low (circled in blue), reacting to a strong support at the same level last month (circled in yellow). We also saw how the candle closed below the lower Bollinger band, possessing a long lower wick. This, in conjunction with a multitude of other bullish technicals, such as the Stochastics in an oversold position, crossing upwards, and the Accelerator Oscillator turning green, helped fuel a rally up to the 61.8% Fibonacci retracement level, at 530 yesterday, virtually to the pip.

Since then, price has dropped down to the 50% mark at 490, before bouncing up again, resulting a likely bull candle at the day’s close, which if happens, would tell me we’re likely to see another test of the 61.8% Fib level at 530 over the weekend.

The low was not 330. The lowest Bitcoin price everyone uses as reference was on Bitstamp this month 442 and 443 on Bitfinex.

BTC-E had a margin call cascade which caused a flash crash down to 309 – which recovered after seconds back to above 4XX.