Coinbase has announced via its blog that they are the facilitators of the recently discovered Bitcoin price quotes on Google Finance. The price quoted is its traded price on Coinbase.

Bitcoin prices are shown in the currency tracker tool and historical charts. One can also use the currency converter for calculating specific quantities of each.

While the feature appears operational, it appears that further refinements are in order. The time quoted is several hours behind and showing 12:00 GMT, in a similar manner to that of fiat markets closed for the weekend. Bitcoin and other cryptocurrencies are traded 24/7. The price, however, is roughly in line with that quoted on Coinbase. 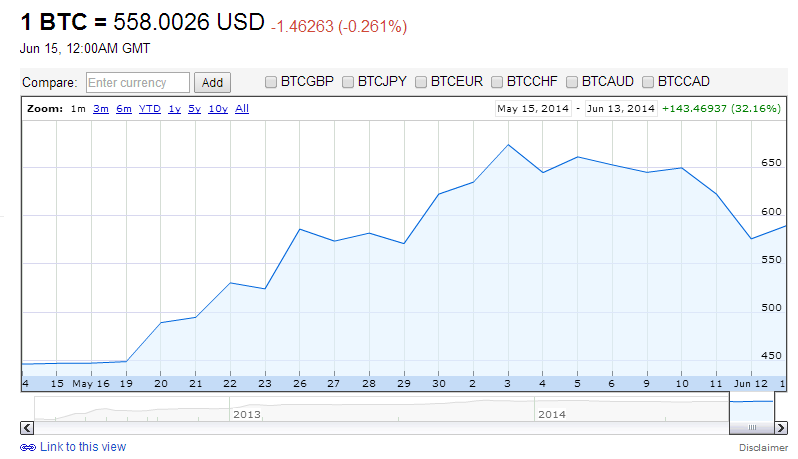 In February, Coinbase also facilitated the Bing price quotation. Bing also allows for conversion straight from the search query, a feature not (yet) available on Google or Yahoo.

Share this article
Tags: coinbase / google
Got a news tip? Let Us Know