Well, today’s the day, folks–after months of anticipation, the Bitcoin halving is here: today, just past 20:30 GMT, the rewards that Bitcoin miners receive in exchange for the work they do to add transactions to the blockchain will be cut in half.

What does this mean for the Bitcoin network? Predictions about the consequences of the halving range far and wide–but there are several popular narratives among cryptocurrency analysts.

#1: Many experts believe that the Bitcoin price will rally after the halving–eventually

At present, the price of Bitcoin has taken a bit of a hit: BTC peaked around $9700 on Sunday, May 10th; at press time (Monday, May 11th), that figure had shrunk to $8,675, falling as low as $8,466 within the last 24 hours (although it’s important to note that Bitcoin is up roughly 40 percent since the beginning of the year, outperforming both gold and USD.) 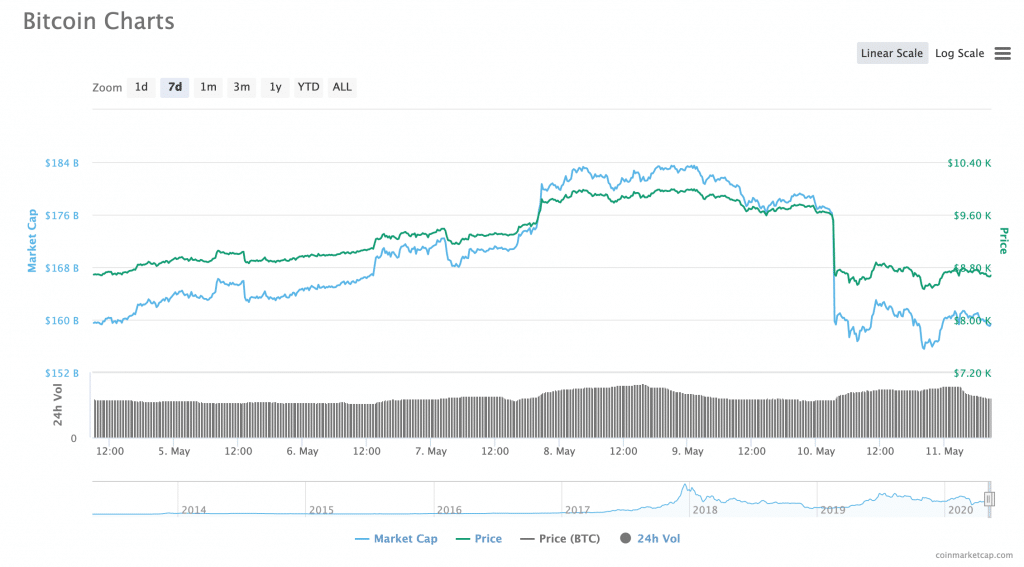 One of the most popular beliefs in cryptocurrency circles about halving events is that they are great for the price of Bitcoin: that–sooner or later–the halving will cause the Bitcoin price to explode.

This belief stems from the fact that cutting the mining reward in half contributes to the greater scarcity of BTC as the number of users on the networks continues to grow. At this present (pre-halving) moment, 1800 BTC are produced every day through miners; post-halving, that figure will shrink to just 900 BTC per day.

Late last week, Jose Llisterri, co-founder of cryptocurrency derivatives exchange Interdax, explained to Finance Magnates that over time, this reduction in the supply of Bitcoin leads to a reduction in sell pressure: “[this] adds up over time and acts as an upward force on the price of Bitcoin,” Llisterri explained.

This time around, a post-halving price boost could take even longer: “if we have progressively longer cycles for bitcoin, we could see a fresh high 18-24 months after May, meaning Bitcoin could reach a new all-time high between October 2021 and May 2022.”

Of course, there has been quite a bit of discussion over how the COVID-19 outbreak will influence the effects of the pandemic. Some analysts believe that the QE and other stimulus efforts by governments will be a good thing for Bitcoin; others believe the pandemic could have a long-term dampening effect on the price of BTC.

#2: Small- and medium-sized Bitcoin miners could take a serious hit

While it’s possible that halvings may be great for Bitcoin’s price in the long term, there’s one part of the crypto industry that is likely to take a serious hit as the result of the halving: miners.

After all, when the halving occurs, miners’ profits will literally be cut in half overnight. Assuming that a BTC price bump eventually does come, mining operations could become more profitable once again–but it may be a while.

Therefore, large mining pools with state-of-the-art equipment and lots of cash on hand aren’t necessarily the ones who should be concerned: instead, it’s the small- and medium-sized Bitcoin mining operations–operations that may also be relying on outdated equipment–that may eventually be forced to shut down.

Nathan Nichols, a managing partner at Imperium Investments, told Finance Magnates last week that he believes that the upcoming halving “will hurt the majority of miners.”

As the cost of producing BTC continues to rise, these miners may be forced to sell off their equipment, and their Bitcoins, perhaps at a loss: “with high costs comes the pressure to sell off a miner’s BTC inventory since power expenses must be paid in fiat,” Nichols said.

Interestingly, Bitcoin’s hash rate–the amount of computing power used to power the network–was at 120.635 million TeraHash/second (TH/s) at press time, just under its yearly peak of 123.2m TH/s, which was achieved last week. This could either indicate that more miners are entering the network, or that miners already on the network are cranking up their machines full-blast ahead of the halving. A number of analysts believe that the price follows the hash rate. 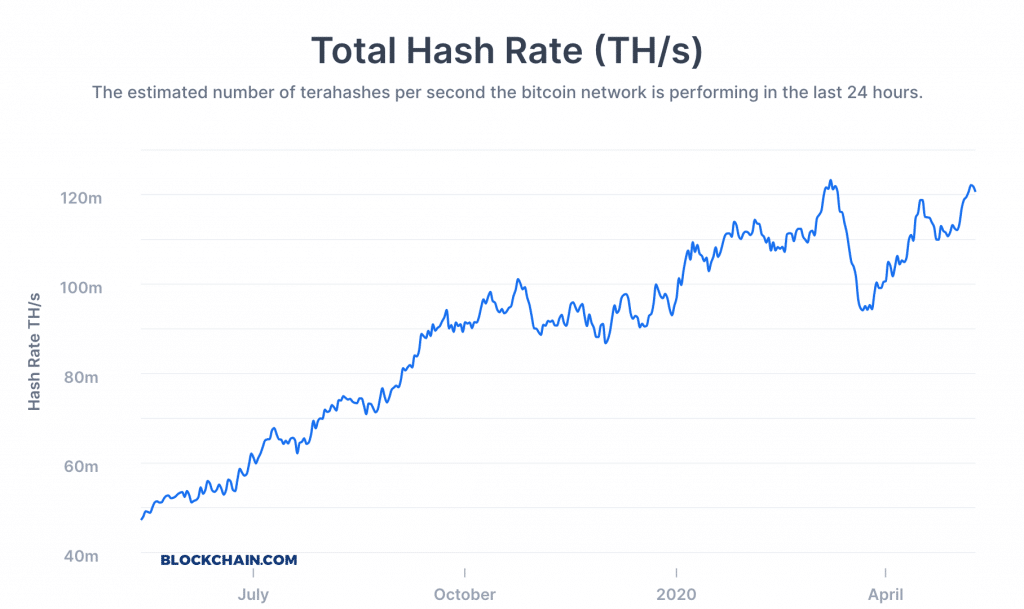 #3: The halving is “a phenomenal marketing opportunity” for Bitcoin and crypto

No matter what happens as a result of the halving in terms of price movements or changes in the mining industry, however, BlockFi co-founder and chief executive Zac Prince made an important point about the halving in a Finance Magnates webinar last week: that the halving “creates a phenomenal marketing opportunity for the space.”

Indeed, “the halving doesn’t matter that much in terms of fundamentals,” he said, but “[…] everyone’s going to be hearing about Bitcoin. It’s going to be all over the press; it already is now.”

And indeed, the halving does seem to have brought an increased amount of attention to Bitcoin: data from Google Analytics shows that the number of searches for the word “Bitcoin” has increased considerably within the last several weeks.

Bitcoin also got quite a positive piece of press from China Central Television, a state-owned television network in China.

The article, which spoke of the “skyrocketing [price] of Bitcoin” ahead of the halving, was especially surprising given China’s vexatious relationship with Bitcoin and cryptocurrencies more generally in the past. and pointed out that legendary hedge fund manager, Paul Tudor Jones, had proclaimed to his investors the benefits of the cryptocurrency.

Whoa , first time saw a chinese national media talking about bitcoin pump!! The finance section of CCTV(biggest national televisions in China ) posted an article about bitcoin today , the article said bitcoin 3rd halving is close and its price pumped up to $10,000 on May 8th . pic.twitter.com/NNKJUezgnU