Stablecoin issuer Tether (USDT) has allegedly received a ransom note demanding 500 Bitcoin (BTC). The note’s author claims that if Tether does not pay up, he or she will publish documents that could “harm the bitcoin ecosystem.”

Tether tweeted about the alleged ransom note on Sunday: “while we believe this is a pretty sad attempt at a shakedown, we take it seriously,” the company wrote, adding that “we are not paying.”

Today we also received a ransom demand for 500 BTC to be sent to bc1qa9f60pved3w3w0p7snpxlnh5t4uj95vxn797a7. The sender said that, unless they receive the BTC by tomorrow, they will leak documents to the public in an effort to “harm the bitcoin ecosystem.” We are not paying. 2/5

“We have reported the forged communications and the associated ransom demand to law enforcement. As always, we will fully support law enforcement in an investigation of this extortion scheme.”

Stuart Hoegner, General Counsel at Bitfinex, told Finance Magnates that “we have forwarded the threats to law enforcement agencies. We are not in a position to provide you with a copy of the communication at this time.”

CoinDesk reported that Tether’s market cap has seen a veritable explosion throughout the past year. At the beginning of 2020, there was roughly $8 billion in Tether Dollars (USDT) in circulation. Today, that figure is over $35 billion, and as the cryptocurrency ecosystem continues to grow, more USDT is being printed at fairly regular intervals. 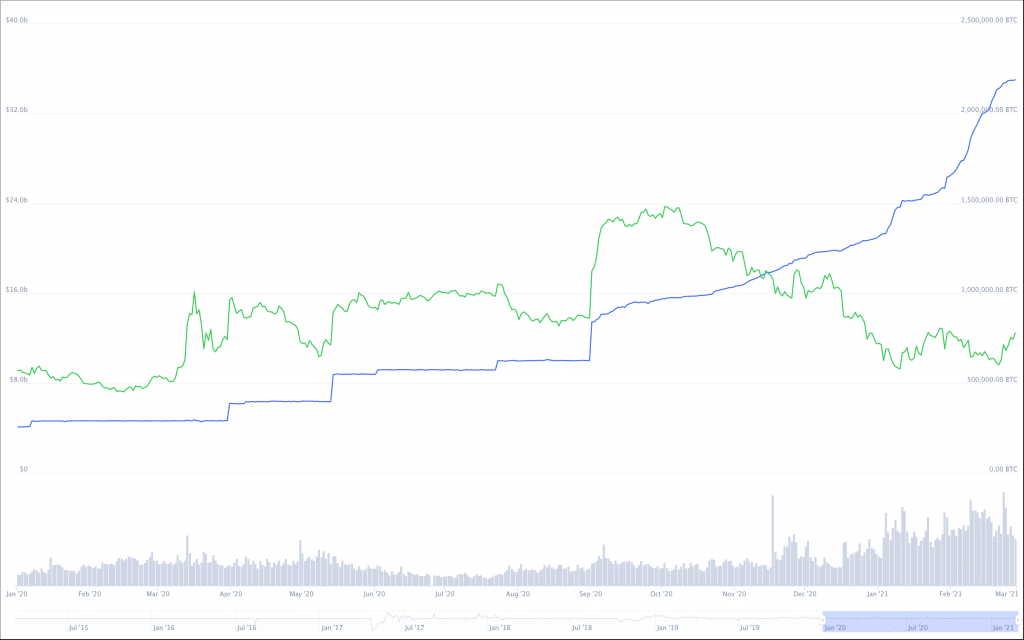 Tether Dollar is a cryptocurrency that is ‘pegged’ to the USD. According to Tether, each Tether Dollar in circulation is backed by a USD in Tether’s reserves.

Indeed, the Tether Dollar has come to play a key role in crypto’s economic ecosystem. Instead of cashing out into fiat, traders transfer their holdings into USDT; brokers and exchanges also use USDT on a high level. CoinDesk explained that, therefore, Tether Dollars have developed a sort of ‘systemic importance’ for crypto.

However, Tether has been the subject of some controversy over the years. Academics, cryptocurrency skeptics and the New York Attorney General (NYAG) have all voiced doubts about Tether’s solvency.

Most recently, unverified documents showcasing an alleged email thread between a Tether employee and representatives of Bahamanian bank said to hold USDT reserves, have surfaced on the internet. The documents have once again raised questions about Tether’s solvency. Tether denied their legitimacy in the same Twitter thread exposing the 500 BTC extortion attempt.

“Forged documents are circulating online purporting to be between @tether_to personnel and reps of Deltec Bank & Trust and others,” the company said, adding that “the documents are bogus.”

PSA: Forged documents are circulating online purporting to be between @tether_to personnel and reps of Deltec Bank & Trust and others. The documents are bogus. 1/5

Throughout the years, the company has vehemently denied any and all doubts about their operations. Tether settled a multi-year court case against the NYAG on Tuesday regarding an $850 million loan that the company made to Bitfinex, its ‘sister’ cryptocurrency exchange. Neither Tether nor Bitfinex admitted to wrongdoing in the settlement.

Still, NY Attorney General, Leticia James said that” “Tether’s claims that its virtual currency was fully backed by U.S. dollars at all times was a lie.” According to the agreement reached in the settlement, Tether will provide quarterly reports on its reserves for the next two years.