The cryptosphere has been hit with more than its share of fraud. In the past, financial criminals and parties dealing in shady practices could use the very unregulated space as they pleased.

Governments and law enforcement officials didn’t have the necessary understanding to appropriately crack down on financial crimes relating to cryptocurrency. To this day, the vast majority of hacks and cybercrimes involving the theft of digital funds go unpunished; most of the time, the culprits are never even caught.

It’s perhaps that this reason that the individuals who created Bitfinex felt that there was no real need to set up their exchange with transparency and completely “above-ground” operations. While Bitfinex has long been one of the largest exchanges in the world by volume (at press time, it was the fifth-largest in the world), it has been surrounded by controversy.

Why Is Bitfinex So Suspicious to Begin With?

The main cause célèbre is the fact that Bitfinex and Tether share two of the same operators. Phil Potter and Giancarlo Devasini are directors or C-level executives in both companies.

Why is this an issue? Well, for one thing, there seems to be a direct correlation between the price of Bitcoin and the influx of Tether dollars (USDT) onto Bitfinex.

Additionally, a complete lack of official auditing on the accounts of both companies has led many in the cryptocurrency community to suspect that Tether dollars, which claim to be a ‘pegged’ cryptocurrency (backed on a one-to-one ratio with USD), are being minted without the USD to back them up.

Essentially, the theory is that Tether has been creating ‘fake’ money to artificially pump up the price of Bitcoin, minting Tether dollars out of thin air. Of course, this is a problem because the discovery that Bitcoin has been being pumped up could cause a massive crash of the crypto markets (and trust me, they don’t need any help with that at the moment.) 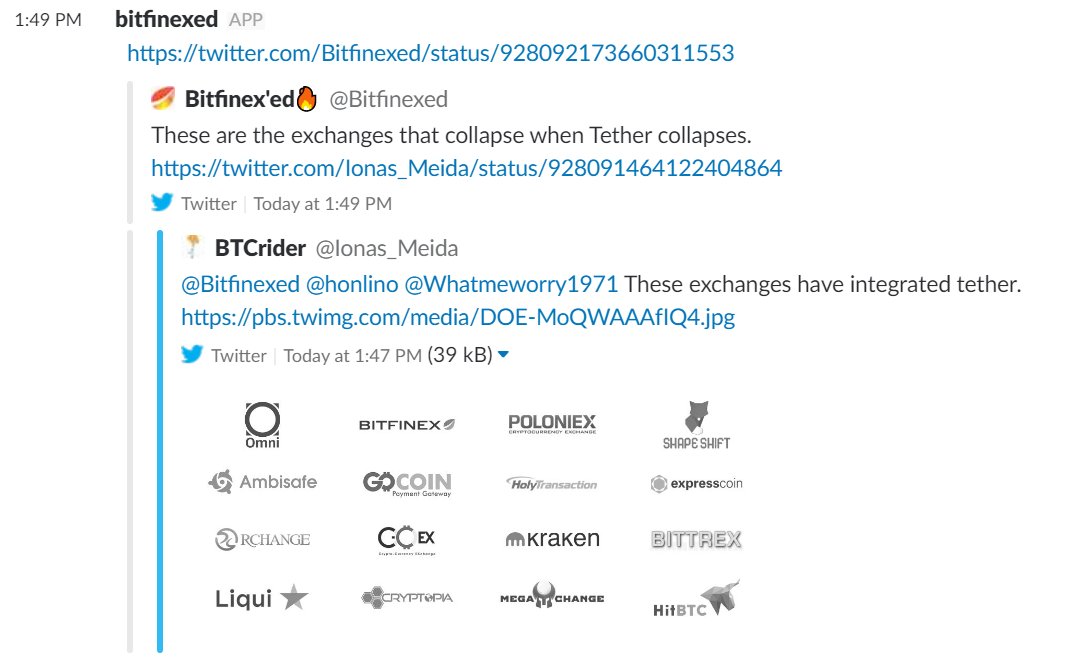 Now, another piece has been added to the puzzle. A possible connection has been discovered between Bitfinex and Backpage, an online platform for personal ads that had gained a reputation as a hotbed of legal and illegal prostitution.

Last week, the FBI seized and shut down ‘Backpage,’ The 93-count federal indictment against the site included charges of money laundering and “facilitating prostitution using a facility in interstate or foreign commerce.”

The “commerce” in question is Bitcoin and other cryptocurrencies–Visa and Mastercard cut off all payment processing services to Backpage in 2016 for ethical reasons.

The indictment reads that Backpage made use of shell companies and gift cards to take kickbacks from site earnings.

Additionally (on p.40), Backpage allegedly “furthered its money laundering efforts through the use of bitcoin processing companies such as CoinBase, GoCoin, Paxful, Kraken, and Crypto Capital to receive payments from customers and/or route money through the accounts of related companies.”

On the surface, it doesn’t seem like there is any link between Backpage’s operations and Bitfinex. However, reports have alleged that Crypto Capital may be one of the main ‘processors’ for Bitfinex. More specifically, a theory has developed that (allegedly) all of the shell accounts Bitfinex is using appear to belong to Crypto Capital.

Several of the known accounts Crypto Capital seems to be operating are ‘Haparc’, ‘Global Trade Solutions’, and ‘CRYPTO SP Z.O.O.’

These accounts may have been used by Bitfinex to evade the Wells Fargo blockade that the company was placed under in 2017. To some in the crypto community, it appears that when one of these shell accounts stops working, they cycle to another.

The Truth is Out There–Somewhere

It’s certainly unclear whether or not the companies mentioned in the indictment know that they were allegedly being used to launder Backpage’s dirty money. However, the claims that some members of the crypto community have made about a connection between Bitfinex, Haparc, Global Trade Solutions, and CRYPTO SP Z.O.O. do not seem entirely implausible.

A report published by TrustNodes on November 22, 2017, revealed that there is a palpable link between Bitfinex and the shell accounts. The report said that Bitfinex “launched a euro trading pair after seemingly securing a bank account with Bank Spółdzielczy w Skierniewicach, which translates to Cooperative Bank in Skierniewice.”

We are pleased to announce trading is now live on our first Euro pair, BTC:EUR https://t.co/Y6sW7pRmEl

The bank account was registered under CRYPTO SP. Z.O.O., a company that is owned by Crypto Capital Corp. The director of Crypto Capital Corp, (and, incidentally, Global Trading Solutions) is Ivan Manuel Molina Lee. Oddly, Lee is the director of more than a dozen Panama-based companies, a fact that has led many to think that he is nothing more than a “filler” to protect the identities of the entities actually running these companies. 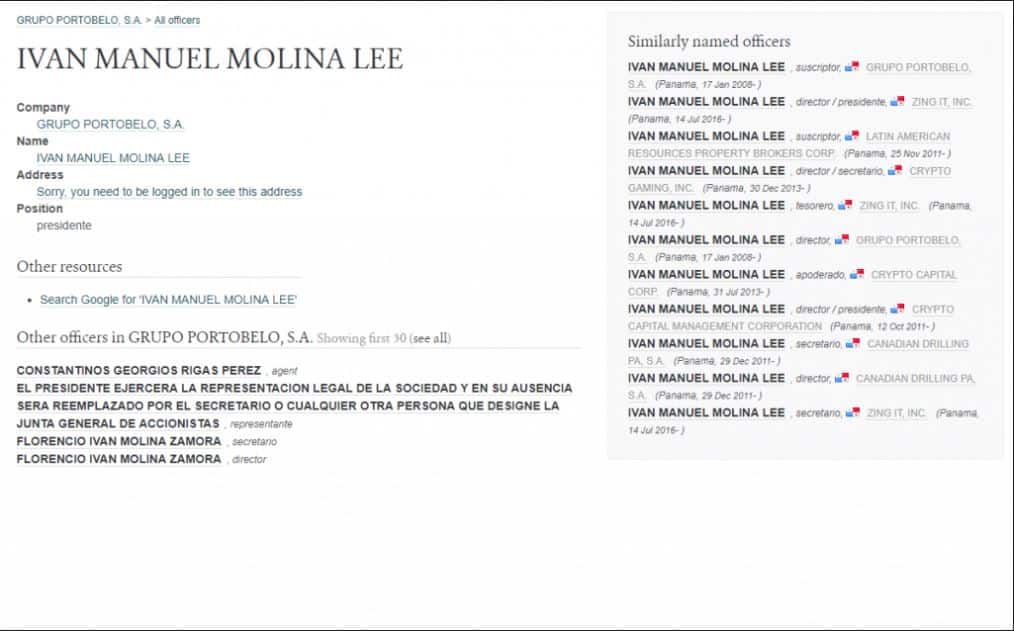 Because the so-called ‘Paradise Papers’ showed that the operators of Bitfinex employed an offshore company to help them incorporate Tether in the British Virgin Islands, it’s not exactly a stretch of the imagination to think that some of these companies ‘directed’ by Lee are actually being run by Bitfinex.

No One Knows Which Way the Wind Blows…

It’s important to note that at this point, these theories are speculative. While Ivan Manuel Molina Lee and Bitfinex do share a time and a place, there is no hard evidence that a connection exists between the companies he is listed on and Bitfinex.

However, the fact still remains that Bitfinex has not been audited, which at least begs this question: why?