A mysterious page under Coinbase’s domain, with the title tag “To the Moon” has Bitcoiners wondering what exactly the company has in store.

The company recently landed $75 million in funding from prominent investors, making it one of the highest valued ventures in the industry. It is typically not known to hype up announcements before they come out, and it doesn’t need to. Neither is the title tag characteristic of the company’s normally conservative style. 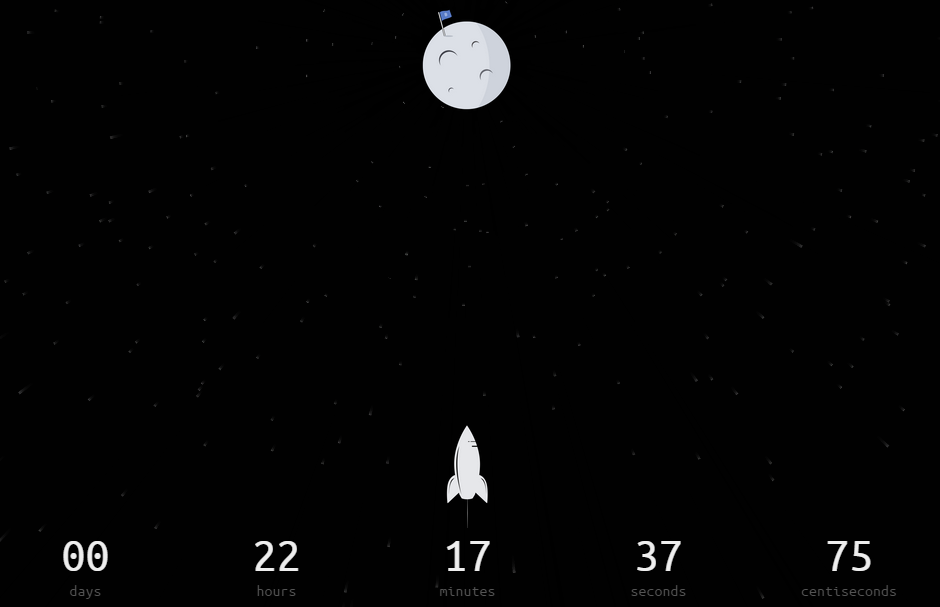 The page indicates that whatever it is, it will be unveiled in just over 22 hours at 9 AM EST, and counts down the time left in days, hours, minutes, seconds and centiseconds.

One can guess that Coinbase is looking to follow the trend of bringing Bitcoin into space, a venture recently announced by Xapo, among others. The tangible advantages of doing so remain somewhat unclear, as we have yet to see such moves from recognized financial or cloud computing service providers. One would also expect the costs of such as undertaking to be significant.

Some Dogecoin fans, noticing a similar theme to their favorite cryptocurrency, have expressed hope that they may soon be getting some love from Coinbase. This is highly unlikely, however, as Coinbase, like several of its industry-leading peers, has until now focused squarely on Bitcoin development. They have not seriously dabbled even in arguably more prominent altcoins such as Litecoin.