Bank of America, Citigroup, and some additional consumer-facing lenders are reportedly considering preventing their customers from using credit cards issued by the firms to buy cryptocurrencies. While it’s not clear exactly how or when these institutions would put these policies into place, the decision could result in a new set of restrictions and limits surrounding the purchase of crypto.

According to a MarketWatch report, a spokeswoman from Bank of America explained simply that the bank was “reviewing its policies” regarding cryptocurrency; Citigroup is “[continuing] to monitor this evolving space,” although no official policy changes are underway.

In Absence of Government Regulation, Banks Are Cracking Down on Crypto

Over the last two weeks, reports have emerged of banks all around the world taking steps to crack down on customers using credit cards, debit cards, and wire transfers to purchase cryptocurrencies.

The Wall Street Journal recently reported that Capital One Financial Corporation has placed a ban on the use of its credit cards to purchase cryptocurrency, taking a ‘bank knows best’ attitude; the reason for the ban was explained as an effort to limit “mainstream acceptance and the elevated risks of fraud, loss, and volatility.”

Some mortgage-lending firms are also denying loans to customers who have earned money through cryptocurrency. In a report from the Financial Times last week, the UK’s Building Societies Association issued a statement saying that the unregulated nature of cryptocurrencies “puts them into the highest risk category in relation to money laundering,” and that “it is well known that such currencies are popular with criminals, who use them to launder the proceeds of crime.”

Danish bank Nordea has even gone so far as to ban its 31,000 employees from owning any cryptocurrency at all, a move that many consider to be a violation of workers’ rights.

Kent Petersen, chairman of the Danish Financial Federation, told Danish news-station Danmarks Radio: “It is clear that employees should not speculate on something that is criminal. But that’s not the case for bitcoin, as it seems at this time. We think that a ban is being made without a legal basis.” (Translated quote.)

It is true that Bitcoin has gone on a bit over a wild ride over the last several months. After hitting nearly $20,000 in December 2017, the value of a single bitcoin has since petered out to around $11,300. 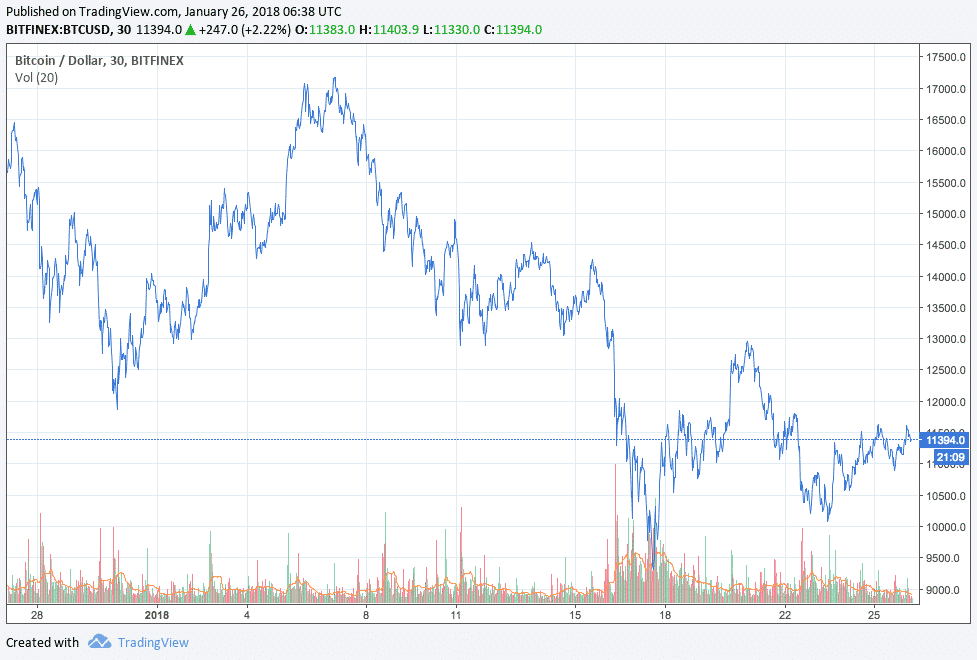 Despite BTC’s volatility, whether or not banks choosing to regulate the behavior of the employees and customers with regard to crypto are on the right side of history remains to be seen.