Cardano, the decentralized blockchain project that is powered by the ADA cryptocurrency, has issued a public warning against Youtube scams that are advertising a fake ADA token giveaway.

Specifically, Charles Hoskinson, the founder of Cardano, said that footage of a keynote speech that he gave is being used to promote the hoax.

“It has come to my attention that a scam has been floating around using my conference keynote to promote a giveaway https://youtu.be/MqeEhezvI1s this is a scam,” he wrote on Twitter. “Please report it to YouTube. We will take legal action if we can against those responsible.” (As of press time, the video had been removed from Youtube.)

Cardano may have become an increasingly attractive option for scammers due to its significant recent price rise; on Monday, July 6th, the price of ADA hung around $0.09–at press time (a week later), it had risen to $0.13. 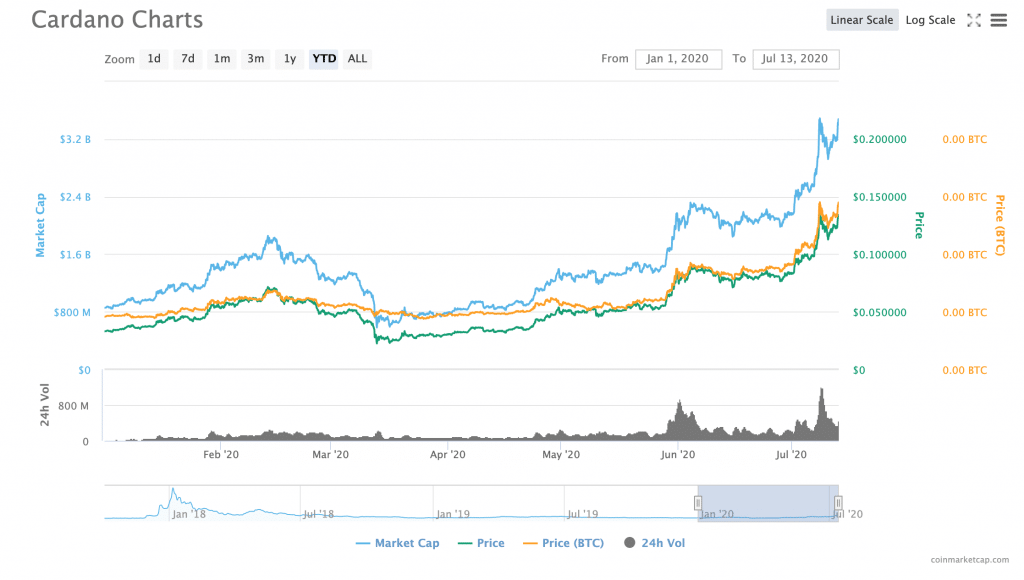 The Cardano scheme is the latest in a series of Youtube-based cryptocurrency giveaway scams that have been popping up on the online video platform; CoinDesk reported that along with Charles Hoskinson, the identities of Ethereum founder Vitalik Buterin and Gemini founders Tyler and Cameron Winklevoss have also been used in similar scams.

Each of these scams has taken excerpts from talks that Hoskinson, Buterin, the Winklevosses, and others have taken talking about the benefits of a particular cryptocurrency (ie ADA or ETH).

The scams then declare that users’ funds will be doubled if they send an initial amount to a wallet address through a QR code; the victims send their funds and then, sadly, receive nothing in return.

Perhaps ironically, however, there have been a number of instances in recent history in which Youtube has blocked and banned legitimate cryptocurrency trading and informational channels. The channels of popular cryptocurrency Youtubers, including Ivan on Tech, Crypto Wendy O and Chico Crypto, have all been blocked relatively recently.