Counterparty, a platform developing an Ethereum Virtual Machine port for the Bitcoin blockchain, has announced that it has taken a couple of actions to minimize the chance that what happened to the DAO might befall them too.

Second, XCP-based stake voting was added to the protocol, solidifying Counterparty’s plan for a community-driven ‘EVM SafeGuard’ feature. They explain that using this system, a certain significant percentage of XCP holders may at any time vote to deactivate the EVM. Such a vote will cause the Counterparty protocol itself to initiate a rapid shutdown of the EVM subsystem while the rest of the Counterparty network continues to function.

This was done because Counterparty developers think that the DAO hacking has been largely misunderstood and did not reveal a security bug in the EVM itself. They determined that the ‘splitDAO’ functionality of the DAO smart contract at the heart of the attack was poorly designed and implemented and suffered from numerous issues.

The Counterparty protect was created in 2014 to bring Ethereum’s smart contract capabilities to the Bitcoin blockchain, allowing holders of the most popular cryptocurrency to write their own smart contracts. The motivations for it were utilizing Bitcoin’s bigger user-base and helping save it from being disrupted by Ethereum.

Counterparty’s currency, XCP, rose by about 7.5% over the past week and is now worth around $1.96 – making the overall market cap just $5.16 million. XCP will need to grow by a factor of about 200 in order to reach Ethereum’s market cap of $1.17 billion. 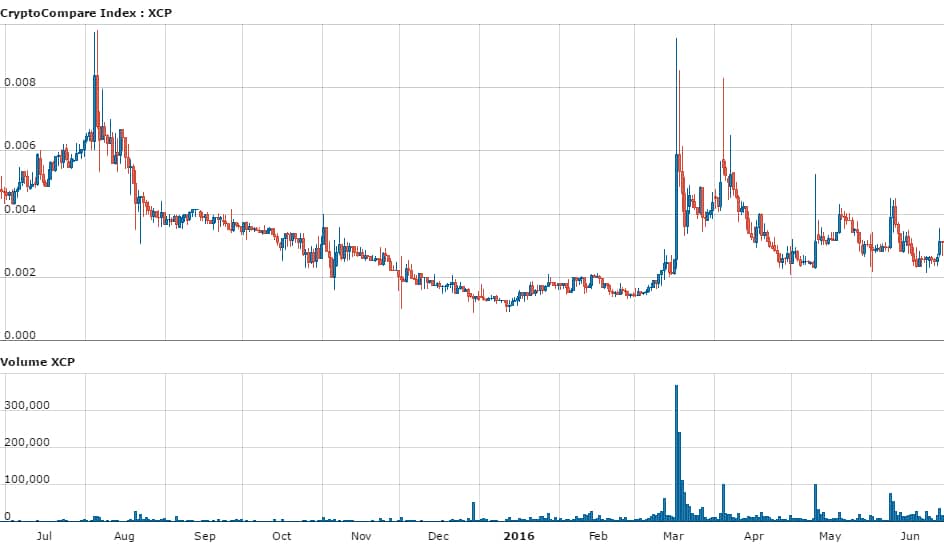 Still a bit too technical for a lot of traders but the future of a DAO can already be seen in trading here: https://goo.gl/N4NGVx

Don forget to thank me for it

BTC Blockchain is too slow and bloated to seriously consider this.