The Counterparty protect was created in 2014 to bring Ethereum’s smart contract capabilities to the Bitcoin blockchain, allowing holders of the most widely used cryptocurrency to securely write their own smart contracts. The idea is that Bitcoin will be better for contracts because of its wider adoption, while at the same time this will help save it from being disrupted or overtaken by Ethereum.

Counterparty Core developer, Ruben de Vries, writes that what remains is a test coverage for the deeper level underlying code to make sure that the code doesn’t contain a bug, which is needed even if contracts are now functioning 99.999% of the time. This suggest that an official working solution is very near and could come as soon as this month.

The race to add Ethereum-style capabilities to the Bitcoin blockchain has been heating up recently with different players in the community placing their best on Counterparty, RSK Labs’ or Lisk.

Counterparty’s currency, XCP, rose by about 35% over the past week and is now worth around $2.17 making the overall market cap almost $6 million. XCP will need to grow by a factor of 200 in order to reach Ethereum’s market cap of $1.17 billion. 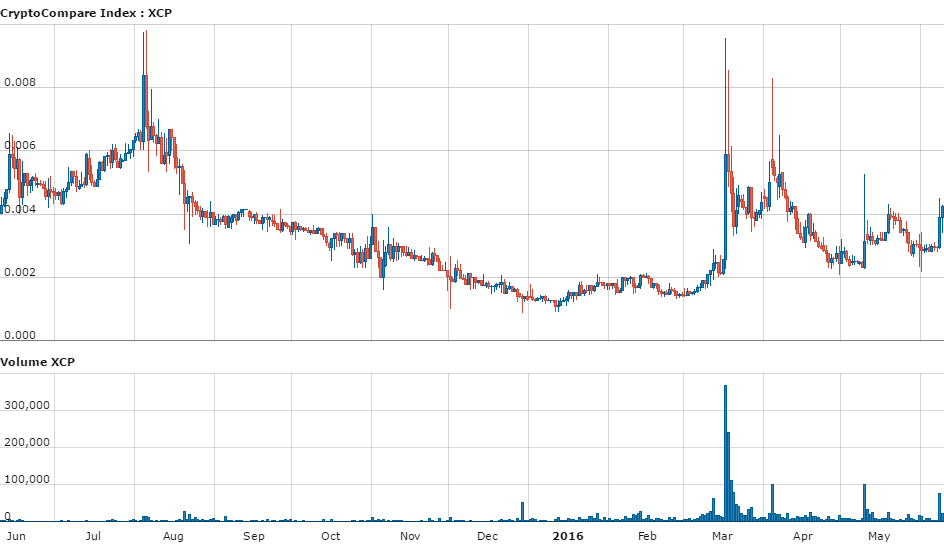 Back in March 2015 the Counterparty developers unveiled a new cryptosecurity venture, Symbiont, following the termination of overstock.