With the beginning of the new month, the leadership of Binance becomes more evident than last month. Between July 1-8, the world’s biggest crypto exchange registered a cumulated volume of $10.26 billion. 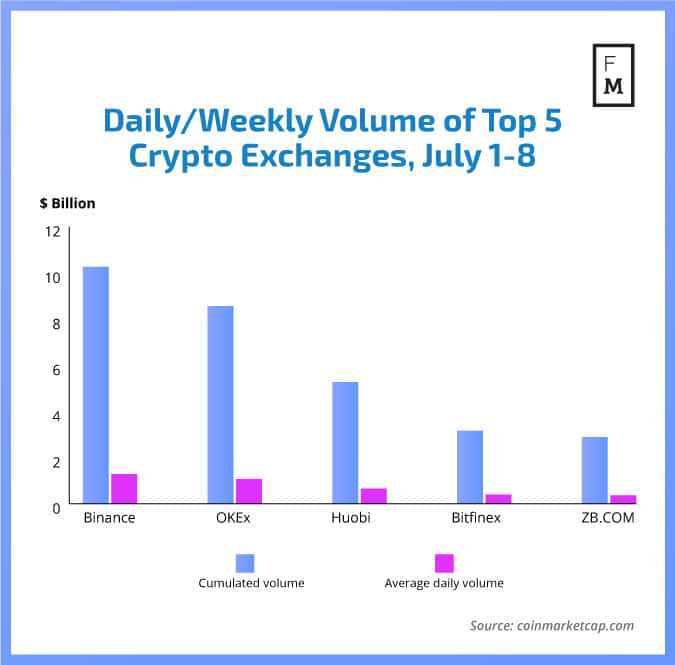 Binance’s biggest rival OKEx followed closely behind with a registered cumulative volume of $8.56 billion the same period. However, the current gap between the two biggest trading venues is visibly larger than it was in June when both exchanges achieved similar results.

Compared to June, we have one change in the Top 5. ZB.COM snatched fifth place from HitBTC with a cumulated volume of $2.89 billion. The Chinese exchange came close to Bitfinex, which currently holds the fourth position in the current volume rankings with a result of #3.16 billion in cumulated volume. 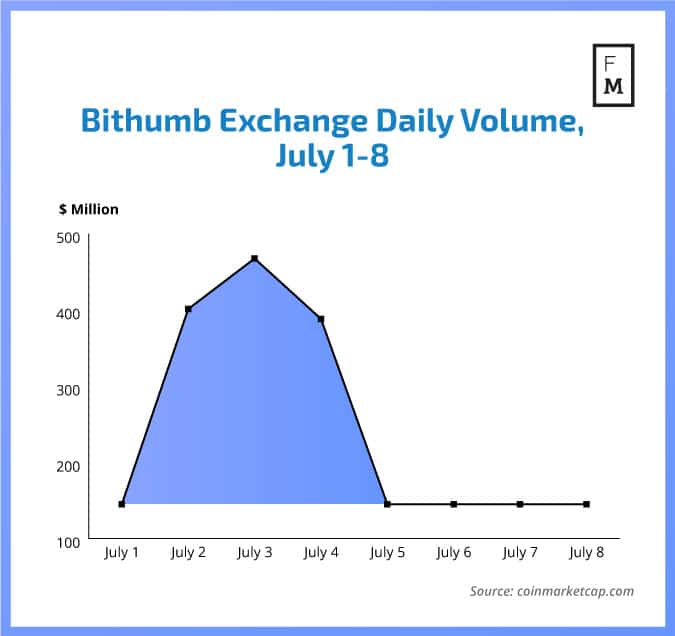 A curious development could be observed in regards to Bithumb last week. For the first four days of July, the South Korean venue was groing strong among the Top 5 crypto exchanges, only to take a dive on July 5, when its daily volume fell below the $140 million mark. Since the end of last week, Bithumb has been unable to recover.

In June, Finance Magnates reported that Bithumb, one of the largest cryptocurrency exchanges in the world, had been hacked to the tune of 35 billion won. The exchange has since confirmed it will reimburse all customers affected by the hack from its own pocket, according to the South Korean online newspaper JoongAng Daily.

This has been the latest publication from the Finance Magnates Intelligence Department. In today’s business world, big-data analysis and access to objective information sources are crucial to success. Unfortunately, until now, it has been challenging and costly, if possible at all, to find any reliable benchmarks for operations in social, FX, Cryptocurrency, and CFDs trading.

For this reason, the Finance Magnates Intelligence Department has launched a new project, creating a set of analyses covering various aspects of the cryptocurrency trading industry. These will provide you with unique data points gathered by our analysts, that will serve as a valuable knowledge base for your decision making.